This year, students in Mumbai fared better than last year, as up to 15 per cent students scored more than 90 per cent. 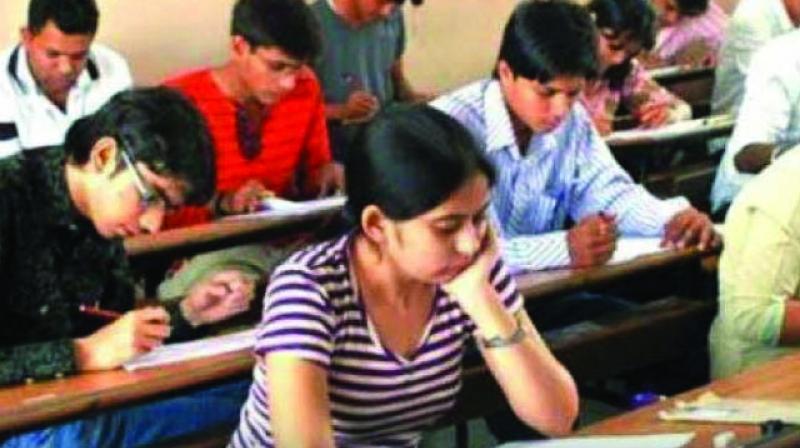 As for the A level result toppers, Sanjana Dhamankar stood first in Utpal Shanghvi Global School with 90.80 per cent and shared her position with Param Patel.

MUMBAI: The Cambridge International Examinations (CIE), the global examination body for international board, on Thursday declared the results of the Class 10 International General Certificate of Secondary Education (IGCSE) and Class 11, 12 ‘A’ level exams of the 2017-18 academic session. This year, students in Mumbai fared better than last year, as up to 15 per cent students scored more than 90 per cent.

From the Garodia International Centre for Learning, Ghatkopar, Dheer Bhanushali (Class 10) scored 96.25 per cent and scored a 100 per cent in Mathematics. Another Class 10 student of the school, Manav Gandhi,  scored 93.38 per cent, followed by Siddhart Krishnamurty who got 93.13 per cent. Talking to The Asian Age, Monika Koradia, the school’s head, said, “We are so happy as 18 out of 37 students scored between 80 per cent and 95 per cent.”

There were more than 38,000 examinees this year, around 13 per cent more in comparison to the last year number. In the academic year 2017-18, three new subject options were added for the students and next year still more subjects are likely to be added.

According to CIE’s report and based on feedback from schools, parents and students, the board have added three more subject options to the 2017-18 academic year which are Cambridge IGCSE Art and Design and Cambridge International AS & A levels in Psychology and Global Perspectives & Research.