There are five lakh shops in the state selling ayurvedic medicines. 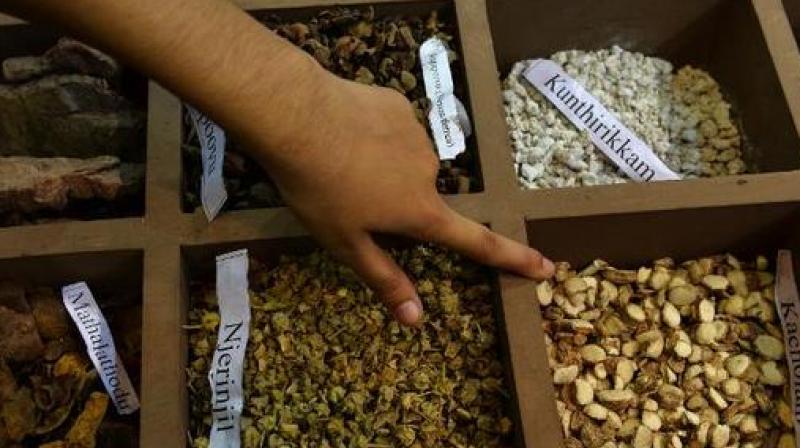 The FDA has also received a few complaints in this regard after which the proposal was drafted. (Photo: AFP)

MUMBAI: The Maharashtra Food and Drug Administration (FDA) has proposed to make registration of shops selling Ayurvedic drugs mandatory so as to bring in standardisation and prevent adulteration of medicines.

Nitin Deore, Assistant Commissioner (Drugs), FDA said, “We have sent a proposal to the government. The move is aimed at bringing standardisation and to check adulteration of Ayurvedic medicines. There are an estimated five lakh shops in the state which sell Ayurvedic medicines. But these are not registered with the FDA. They only obtain a license under the Shop Act from local governing bodies, which does not ensure quality of the products sold.”

Most of the time, Ayurvedic drug consumption is a kind of self-medication. Many people take Ayurvedic drugs without prescriptions, he said. “Therefore registration of shops selling them with the FDA is necessary. The FDA has recommended charging a fee of Rs 2,500 for registration, which will have to be renewed every five years,” Mr Deore said.

There is no mechanism at present to keep check on Ayurvedic medicines. Many products are launched in the market with an Ayurvedic tag but there is no verification of their properties. Sometimes the claimed medicinal properties are not even included in the medicines.

The FDA has also received a few complaints in this regard after which the proposal was drafted.