The decision was taken by the railway to implement the Maharashtra government’s decision in March to ban plastic. 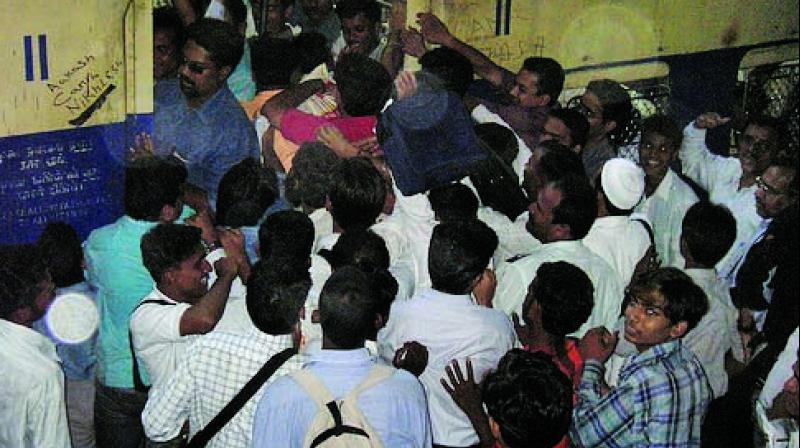 Railway stations will have bottle-crushing machines.

MUMBAI: The Central Railway (CR) and Western Railway (WR) have planned to set up bottle-crushing machines for disposal of plastic bottles in their respective jurisdictions. The Mumbai division of the CR will install 34 machines between Chhatrapati Shivaji Maharaj Terminus (CSMT) and Kalyan, while the WR will install 25 machines between Churchgate and Virar. The decision was taken by the railway to implement the Maharashtra government’s decision in March to ban plastic.

A senior officer of the WR said, “We had invited tenders to install plastic water bottle-crushing machines. But we did not get any company interested in installing the machines as the duration is only one year.”

Officers said that companies want the period of installation of machines to be increased to three years as they don’t get much benefit out of installing the machines for one year.

The WR has written a letter to the railway board about the same. The senior officer said, “This is a policy matter which needs to be resolved at the board level. We have informed the railway board about expansion of duration for installation of machines at railway stations as companies have not evinced interest this time due to the one-year period.”

Once the railway board approves the proposal of two to three years at least, the tender will again be floated. The WR had installed 20 bottle-crushing machines at ten suburban railway stations, including Churchgate and Borivali mid-2016. The contract was given to the company for one year which ended last year. The WR earned `21 lakh from the machines.

According to CR officials, they were waiting for the response to WR’s tender as their tender failed. “We will have to chalk out our own plan now how to install 34 machines at the railway stations,” said an official.