Marine conservationists stated that this happens only when construction activities take place close to the coastline. 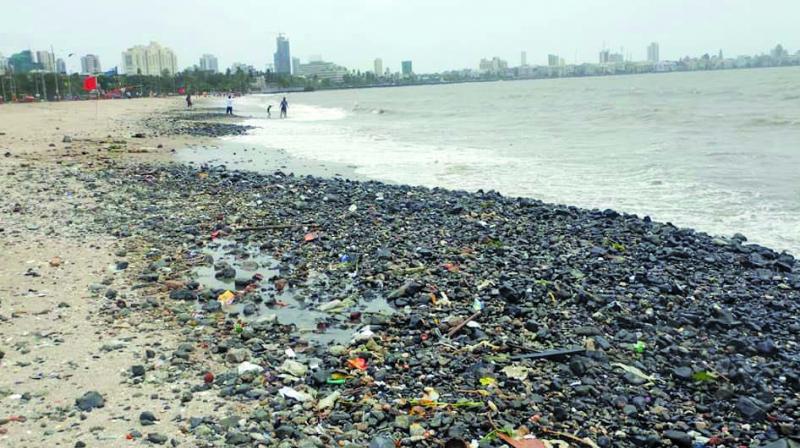 Pradip Parade, co-founder of marine life of Mumbai, who conducts regular marine walks across the city’s shore witnessed the accumulation of debris and small rocks on Friday and said that it is the first time he has come across such incident. “This is a very rare occurrence. The debris washed ashore at Girgaum Chowpatty could be from the construction work of Coastal Road project happening on the other side. The debris kept for the work at small Chowpatty may have washed into the sea,” he said.

Shweta Wagh, founder of collective for spatial alternatives and an architect said that there is a need for an elaborate study on the beaching of construction materials which is happening due to development projects on the coastline.

“There was rubble along with debris which shows that it is not a natural process. Most probably it was from construction of coastal road. This disturbs the ecosystem as it becomes inhabitable for existing marine life there. It should be mandatory to undertake detailed study on the impact on marine life due to accidental release of debris into the sea,” she said.

The Brihanmumbai Municipal Corporation (BMC) in a statement mentioned that it has not dump any debris in the sea from construction of coastal road. “We have clearly told our contractor to not dump debris into the sea. This has not happened at other areas where the work had been going on. However we will look into the matter,” said a BMC official.