Panna Pramukhs are the first point of contact for most voters with the BJP’s election management machinery. 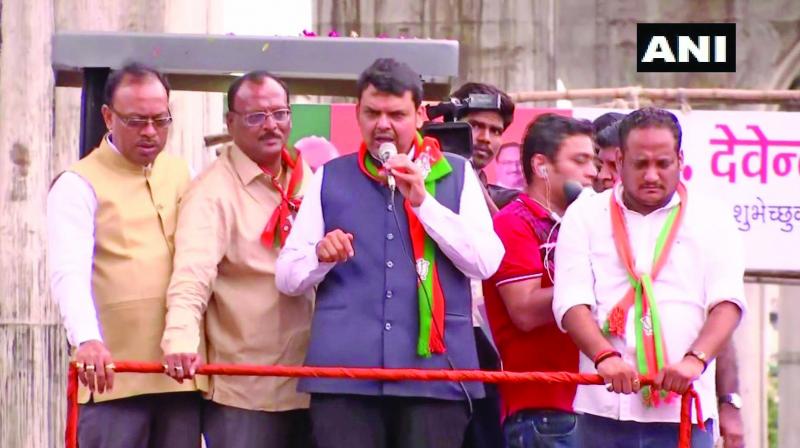 The BJP held a meeting late Friday night, which was also attended by UP deputy CM Keshav Prasad Maurya, the in-charge for the polls. (Photo: ANI)

Mumbai: Inspired by the Bharatiya Janata Party’s (BJP) successful strategy of appointing panna pramukhs — workers entrusted with ensuring that people listed on the pages of election rolls exercise their franchise on voting day — for the Lok Sabha election, the party’s Maharashtra campaign committee will be focusing on such workers ahead of the state Assembly poll.

Attention will also be paid to shakti kendra pramukhs, who coordinate with panna pramukhs and are in charge of three to four polling booths, and booth pramukhs.

In a meeting held late Friday night at chief minister Devendra Fadnavis’ official residence, Varsha, the committee decided that it would hold meetings of panna pramukhs at the district level instead of holding party workers’ meetings at the state or region level. The party believes that the approach will help bring more voters to polling stations on election day.

The meeting, which was attended by Uttar Pradesh deputy chief minister Keshav Prasad Maurya, who is in-charge for the polls of Maharashtra, along with former Karnataka MLA Laxman Savadi, lasted for more than three hours.

Panna Pramukhs are the first point of contact for most voters with the BJP’s election management machinery. A senior party leader said, “Focusing on local areas proves more effective that large rallies. Therefore, we have decided to hold meetings of grass-roots workers at the booth level.”

Party sources also said it would highlight the abrogation Article 370 in each constituency of the Maharashtra Assembly. “Even, chief minister Devendra Fadnavis will talk about the abrogation of Article 370 in his Maha Janadesh Yatra, the second leg of which will commence on August 21 in Nandurbar,” a senior leader said. The second leg of the yatra will span 55 Assembly constituencies in 14 districts.

The leader said that every guardian minister, Cabinet minister and member of the poll committee have been asked to attend panna pramukh, shakti kendra pramukh and booth pramukh meetings.