Meanwhile, the issue also evoked strong reactions on social media, with several netizens criticising the MP for skipping the event. 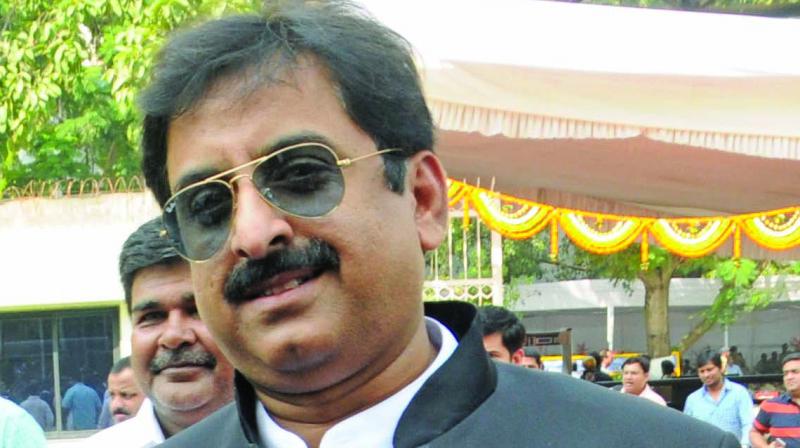 Mumbai: The Shiv Sena has demanded that AIMIM leader Imtiyaz Jaleel be booked for sedition after the Aurangabad MP skipped the Marathwada Liberation Day ceremony on Tuesday.

September 17 is celebrated as ‘Marathwada Liberation Day’, to commemorate the accession of the princely state of Hyderabad to India after Operation Polo. An official programme is organised by the Maharashtra government each year at the divisional headquarters in Aurangabad, where officials pay respects to martyrs at a memorial and host the tricolour.

Objecting strongly to the absence of Mr Jaleel at the event, Shiv Sena MLC and spokesperson Manisha Kayande said, “It appears that Jaleel still considers himself a slave of the Nizam. If so, he should resign from the Lok Sabha and the government should prosecute him for sedition.”

Doesn’t Mr Jaleel feel that it is his responsibility as an elected representative to respect the martyrs who liberated the region from the Nizam, she asked.

Hitting back at critics, Mr Jaleel said he did not need certificates of patriotism. He said he couldn’t attend the ceremony due to a crucial meeting at Mumbai where party candidates were being finalised for the Assembly election.

“I don’t need a certificate of patriotism. I have been elected by nearly  four lakh people and I am sure they were not razakars (a private militia of separatists that resisted the integration of Hyderabad State into the Dominion of India),” he said.

Mr Jaleel was elected as an MP from the Aurangabad constituency in the recently-held Lok Sabha polls. Incidentally, he had not attended the event while being an MLA between 2014 and 2019.

Meanwhile, the issue also evoked strong reactions on social media, with several netizens criticising the MP for skipping the event.

In a social media post, senior journalist Nishikant Bhalerao asked whether Mr Jaleel would attend the ceremony and prove that the new MIM is different from the old MIM (which was founded in 1927 as a pro-Nizam party). The Bhalerao family ran ‘Marathwada’, a daily that played a pivotal role in the liberation movement.