Errant drivers on e-way to pay fine at toll plaza

It will have an automatic number plate registration system. 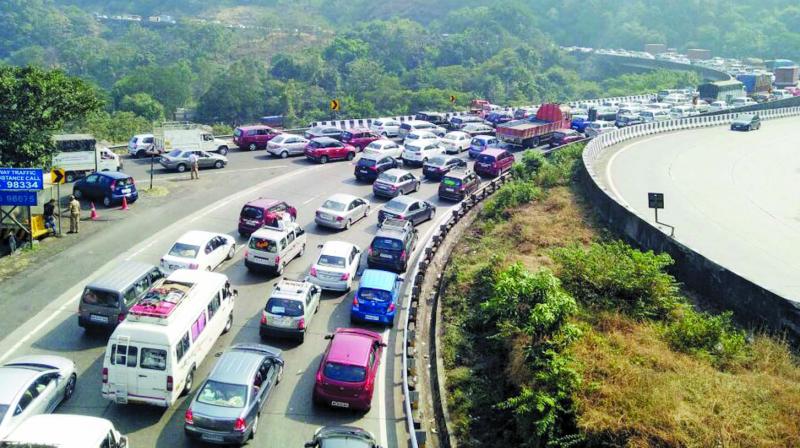 Citizens can check their list of traffic violations through kiosks.

Mumbai: Any violation of traffic rules while driving on the Mumbai-Pune will now be fined and the fine will be collected at toll plazas.

MSRDC, in collaboration with the Highway Police Security is implementing India’s first IT-based system on the e-way, where traffic violations will be tracked via surveillance and the weight of heavy vehicles will be measured using sensors. The system will have an automatic number plate registration system. Citizens can check their list of traffic violations through kiosks.

A MSRDC officer said, “To reduce accidents on the Mumbai-Pune Expressway, MSRDC and the Highway Police Security have decided to work jointly. After conducting a survey, the authorities found that the main reason for accidents is violation of traffic rules.”

He further added, “To reduce traffic rule violations, the ‘Intelligent Traffic Management System’ will be implemented first time on the highway.”

The system will keep an eye on major traffic rules such as in-lane discipline, over speeding and illegal parking. Another reason for accidents is heavy vehicles. At toll plazas, a weighing sensor will be set up to measure the weight carried by goods’ carriers.

If found carrying goods more than the permissible limits, they will not be allowed to travel further. The Traffic Rule Violator (TRV) will come to know about their violation through SMS or mobile-based notification.

They will then have to pay a fine at the toll plazas. If in doubt about the penalty imposed, they can check their vehicle details at the kiosk in the highway police booth near the toll plaza.

The entire system will be observed through command and control (CCS) set up at Kusgaon.

“A person will get an e-challan or email for pending penalty payments. The e-challan will have the photograph of the vehicle and at what speed it was travelling. Using photos and videos from Closed-circuit televisions (CC-TV), the authorities will penalise drivers. In some cases if needed, highway police will visit the place and based on their remarks, fines will be imposed,” said an officer.

According to the officer, the Automatic Number Plate Registration System will help register the number plate.