Vine snakes are usually spotted on trees and are slender, rear-fanged snakes with narrow heads. 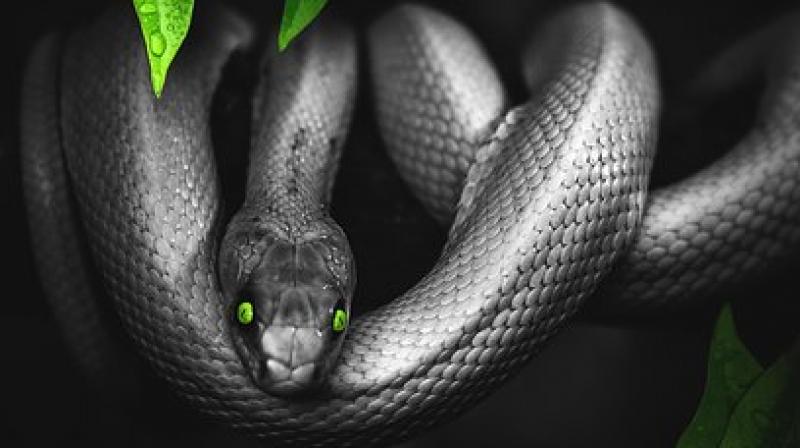 Mumbai: A venomous green vine snake was rescued from Thane’s Vartak Nagar Tuesday. The snake was spotted inside a motorcycle tank and the biker panicked and fell while riding after it raised its hood in the middle of the road. Later, one of the passers-by saw the snake on the motorbike that had fallen flat on the road and immediately called the “snake friend” helpline.

Soon after a Thane resident (25) left for work on his motorbike, he spotted the snake on the handle and panicked to the extent that both he and the bike fell down. However, he quickly managed to get away from the bike and snake. Meanwhile, the snake slithered under the seat and travelled inside and finally reached the motorcycle tank.

Aditya Patil, president, Wildlife Welfare Association, said, “The snake was ferocious. We had a tough time rescuing it as it was stuck inside the petrol tank of the motor bike.”

“It took almost 25 minutes to rescue the snake which was hiding beneath the tank. Seven vine snake species are found in India. More often than not, people play around with snakes which can be dangerous,” he said.

Vine snakes are usually spotted on trees and are slender, rear-fanged snak-es with narrow heads.