Sena miffed at delay in memorial for Balasaheb. 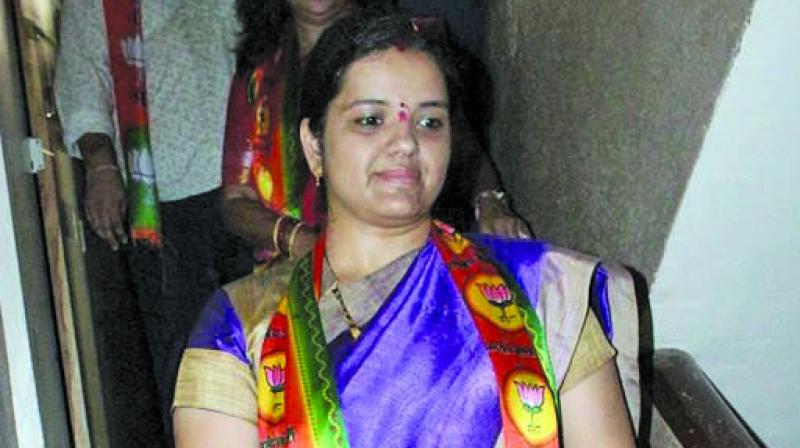 Mumbai: Even as the fate of the Shiv Sena-Bharatiya Janata Party (BJP) alliance for the upcoming Assembly elections hangs in balance, a group of irate Shiv Sainiks vandalised the office of Mira Bhayandar mayor Dimple Mehta — a BJP corporator — in the administrative building of the Mira Bhayandar Municipal Corporation (MBMC) on Tuesday.

Pandemonium broke out during the standing committee meeting, when chairperson Advocate Ravi Vyas decided to hold back the resolution to approve the bids received from contractual agencies to construct a memorial dedicated to the iconic leader and Shiv Sena founder Balasaheb Thackeray in Bhayandar.

They also alleged foul play by the civic administration on the behest of BJP legislator Narendra Mehta for deliberately delaying the construction work.

Mr Mehta is the brother-in-law of the MBMC mayor.

After manhandling BJP members and throwing chairs in the well of the standing committee hall, Sena members thronged the mayor’s office and damaged furniture, flung documents, and shattered glass panes before marching into the municipal commissioner’s cabin.

“Balasaheb is our deity, who was a true guardian of the common man. The BJP is playing cheap politics. We will never tolerate such insult,” said Sena corporator Neelam Dhawan.

However, Mr Vyas refuted claims of foul play by the administration and added that he only wanted to ensure that there were no obstacles to the construction due to financial crunch in the future.

Reiterating that her party highly reveres the Shiv Sena founder, Ms Mehta said that there was no ulterior motive in stalling the project.

"Despite budgetary allocations of Rs.6 crore, the administration was seeking nod for inviting tenders worth `11 crore for the construction. The standing committee chief had sought clarity over further allocations," she said in a press note.

MBMC chief Balaji Khatgaonkar asked the municipal secretary to register a police complaint against the protestors for creating ruckus and damaging public property.

“I personally visited the spot and met the civic chief. The matter will be investigated and closed-circuit television footage will be checked after we receive a formal complaint from the MBMC,” said senior police inspector Chandrakant Jadhav.