The railways boast that it provides food to 11 lakh Indians every day, but it should also ensure that it is safe, the Sena said in the editorial. 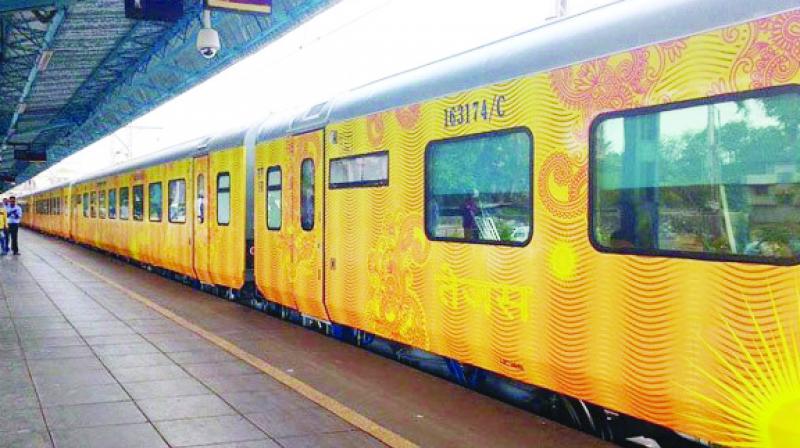 Around 24 people had fallen ill due to food poisoning.

Mumbai: Lashing at the Bharatiya Janata Party-led state government for its ambitious Mumbai-Ahmedabad bullet train project, the Shiv Sena on Tuesday raised questions over the alleged incident of food poisoning on the Tejas Express on Sunday, which had led to 24 passengers falling ill. The Sena has asked the government to look into the basic facilities and infrastructure for the passengers rather than spending crores on a bullet train.

“The government is going to spend Rs 1.08 lakh crore for fulfilling the dream of the bullet train. On the other hand, 24 passengers are fighting for life after food poisoning aboard the Tejas Express, for which Rs 3.25 crore was spent,” the Sena said in its mouthpiece Saamana on Tuesday.

“Though the bullet train is much talked about in the country, the basic facilities, infrastructure and security are being ignored by the railways. Elphinstone bridge stampede, the daily commute being difficult for people and now the case of poisoning in Tejas are a few examples that indicate the railways’ apathy towards the safety of the citizens,” the Sena said.

Questioning the food served in the railways, the Sena said that there have been complaints about it since the beginning but now even the passengers have stopped complaining about it. “How come that Tejas, which is compared to flights in terms of services serving such low grade food? In fact, the Comptroller and Auditor General had also highlighted the low grade of the food served by the railways,” the Sena said.

Recalling that the railway minister had assured hygienic food in the railways under its Railway Catering Policy 2017, the Sena said that the assurance has since then vanished into thin air. The railways boast that it provides food to 11 lakh Indians every day, but it should also ensure that it is safe, the Sena said in the editorial.