Total 17 services from Neral to Matheran will be operated on Monday. 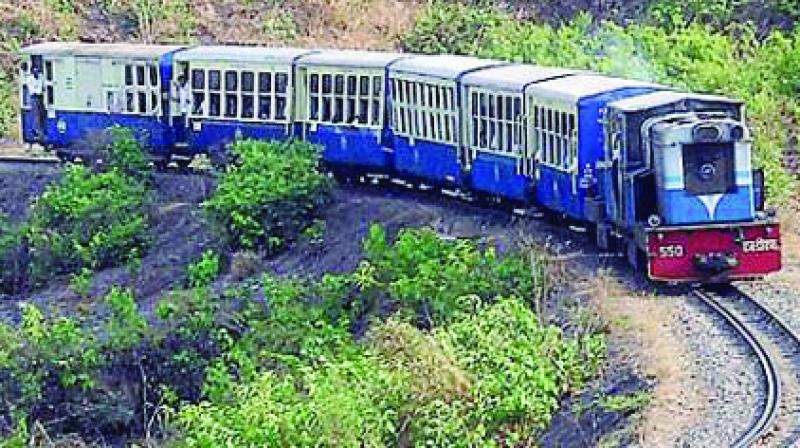 File image of the toy train running through the fields.

A Central Railway (CR) officer said that two coaches would be added to the train, once the commissioner of railway safety (CRS) gives approval for the eight-coach train.

The Research Design and Standards Organization (RDSO) had conducted a trial of the eight-coach train last month. There is steep a climb between Neral and Aman Lodge, hence the railway is conducting trials of the train with eight coaches to know if it can ferry entire route smoothly.

According to CR, total 17 services from Neral to Matheran will be operated on Monday. It includes eight Down and nine Up services. There will be a total of 14 services from Tuesday to Thursday. A total of 22 services will be from Saturday to Sunday between Matheran and Neral.