BJP state in-charge says he is confident of party winning over 220 seats with allies. 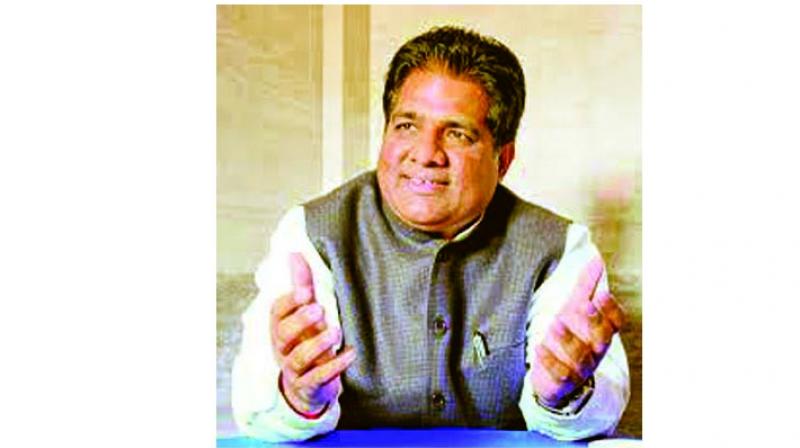 Mumbai: Just before the announcement of the Assembly polls, the Bharatiya Janata Party (BJP) had named Bhupendra Yadav as the state-in-charge of Maharashtra. The soft-spoken Rajya Sabha MP from Rajasthan faces the challenge of not just retaining the party’s power in Maharashtra, but increasing its numbers substantially.

In a chat with The Asian Age, Mr Yadav expressed confidence that the BJP along with its ally, Shiv Sena, would easily win over 220 seats in the Assembly polls. Edited Excerpts:

Despite coming under constant fire from the Sena, the BJP decided to go into the Assembly polls with it.

Though the BJP and Sena are different parties, our ideology is the same. Whether it is the issue of nationalism or Veer Savarkar, we always think on the same lines. We want to take all our allies together while in power. In alliance with the Shiv Sena and other parties, we would win more than 220 seats.

But the Sena is insisting on the chief minister’s post. There are also talks that the deputy CM’s position will be offered to the party.

Every party will say that it will make its member the CM. Nothing wrong in it. As far as the deputy CM’s post is concerned, it has not yet been demanded by anyone. After the results are announced, it is the prerogative of the chief minister to decide on the Cabinet formation and allocation of ministries.

There are chances that that in several seats both the alliance parties may cut into each other’s votes.

It will not happen as no party can take voters for granted now. They have realised the value of their votes and will exercise their right accordingly. Politics has undergone three major transformations in recent years. The Panchayati Raj has ensured increased participation of women in politics. In the five years till 2019, BJP’s vote share has risen by four crores; women forming a major part of these votes. The MGNREGA scheme has resulted in economic independence among lower class people. There is also a surge in social media, which provides tremendous access of information to people. This has enabled them to decide what is good or bad for them.

Does it get reflected during voting?

Of course. If you see in recent years, whichever party has formed the government, it has been elected with an absolute majority, be it Aam Aadmi Party, BJP or the Trinamul Congress. The hung politics era has ended. This has provided stability to the country as well as states.

The Opposition alleges that the BJP wants to finish regional parties and make India a one-party state.

These are baseless allegations. When Narendra Modi became the Prime Minister, he gave us one slogan ‘NARA,’ which means ‘National Ambition and Regional Aspiration.’ Earlier governments in Delhi suppressed the regional leadership. Take the case of Maharashtra. After Vasantrao Naik, no chief minister could complete his tenure of five years. The CMs were imposed from Delhi. After we came to power, we gave priority to capable regional leaders. The BJP does not believe in a one-party system like in neighbouring China.

Will the economic slowdown affect BJP’s chances in Maharashtra?

The opening up of the economy has created several issues. But the BJP government is working honestly to resolve them. The problems we are seeing are short-term, but the results will be seen in the long run.