“It’s such a nice feeling when a patient is healed and comes to you just to express his gratitude all the way from UP,” said Dr Chavan. 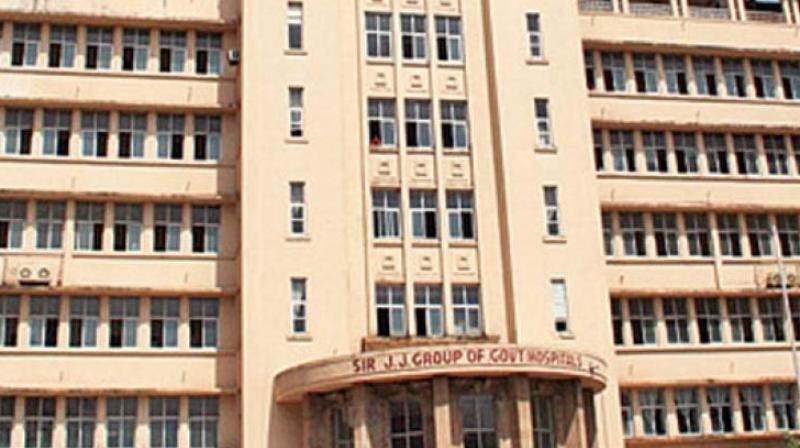 Mumbai: A 27-year-old from Uttar Pradesh (UP), who, in December 2017, had a bullet lodged in his nose removed via endoscopic nasal surgery at the state-run J.J. Hospital, Thursday visited the hospital’s ear-nose-throat (ENT) department to express his gratitude and celebrate his first son’s birthday as the doctors there had given him a new lease of life.

Tanvir Ahmed Imtiyaz (27) was hit by a bullet on December 6, 2017, in Gorak-hpur, such, that the bullet pierced his right eye and forehead and got lodged somewhere behind his left eye socket.

Head of the department, Dr Shrinivas S. Chavan, said that perhaps, it was the first such surgery performed in a government hospital in the country, without any incision, cut, scars or stitches.

“It’s such a nice feeling when a patient is healed and comes to you just to express his gratitude all the way from UP,” said Dr Chavan. Mr Imtiyaz said, “I am thankful and that’s the reason I came from UP to celebrate my son’s birthday with all the teammates of J.J. ENT as they gave me a new life.”

“Belonging to a poor background, I couldn’t have afforded the fees of big private hospitals. After doing the rounds of several hospitals in UP, I was finally admitted to the ENT department of J.J. hospital,” he said.