Iqbal Mirchi, a drug lord and an accused in the 1993 Mumbai serial blasts case, died in London some years back. 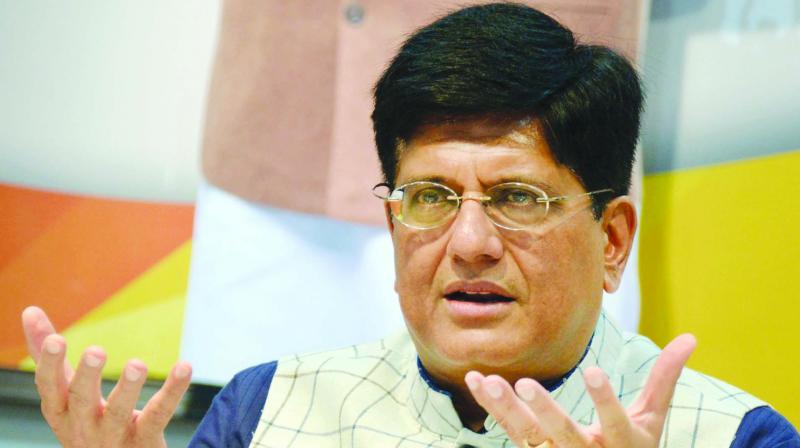 Mumbai: Union minister Piyush Goyal on Thursday said that the Nationalist Congress Party (NCP) has a history of corruption cases and Maharashtra has suffered due to them.

“The people of Maharashtra have been hearing the corruption tales of the NCP leaders for decades. The state has suffered due to several scams committed by them,” he said while speaking to media on the issue of Enforcement Directorate (ED) action against senior NCP leader Praful Patel.

Mr Goyal said that the ED launched a probe against Mr Patel after his signatures were found on the documents, which were also signed by the wife of gangster Iqbal Mirchi.

The ED has summoned Patel on October 18 in connection with a probe into alleged illegal assets of Mirchi, who was an aide of fugitive gangster Dawood Ibrahim.

“It is really a matter of concern if some of the leaders and the parties are connected to such elements. The investigation is going on in this matter. But it is to be noted such an action is not taken against innocent people. The action must have been taken based on whatever the agencies must have received,” said Mr Goyal, who is a Union minister for railways and commerce.

“The ED has some documents with signatures of Patel and Hazra Iqbal Memon (Mirchi’s wife). The government is clear in its stand that it will not interfere in investigative and judicial matters to ensure that there is free and fair action,” he added.

Iqbal Mirchi, a drug lord and an accused in the 1993 Mumbai serial blasts case, died in London some years back.

The agency is expected to record Patel’s statement under the Prevention of Money Laundering Act regarding a deal between a real estate company promoted by Patel and his wife, and Hazra Memon.

Mr Patel, however, has denied the allegations of any business links with Mirchi or his wife.