Cultivators to strategise in meet on Monday 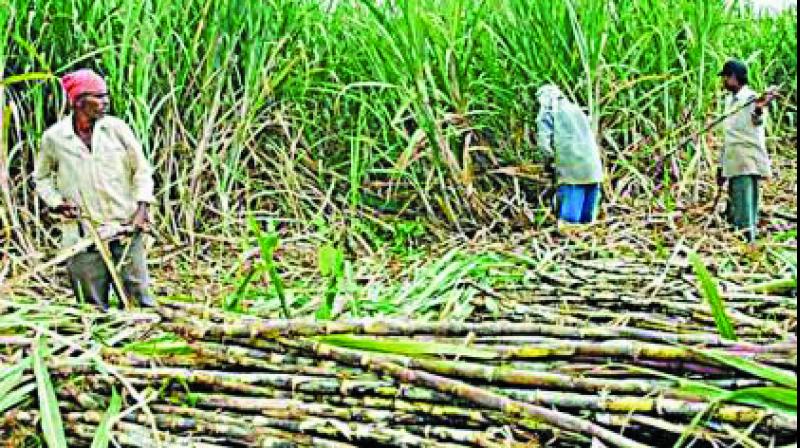 Senior farmer leader MP Raju Shetty said that 86 farmer organisations across the country had called for agitations in Delhi.

Mumbai: Agitations over the minimum support price (MSP) for sugarcane issue continued on Friday, with farmer associations turning aggressive over the matter. The groups are now demanding reasonable purchase price for cotton and soya bean also. Many farmers associations will meet on Monday at Solapur to discuss a strategy, MLA Bacchu Kadu, the chairman of the Prahar organisation told The Asian Age.

Prahar called a blood donation camp agitation in front of cooperations minister Subhash Deshmukh at Solapur residence on Friday. However, the police refused to allow them to do so and blood bags were damaged when police tried to remove all workers, said Mr Kadu. “The police forcefully removed our workers. Is there any on conducting a blood donation camp in front of a minister’s residence,” he asked.

He added,” Now we have organised a meeting of all farmer organisations across the state where we will decide the future course of action. We will continue our agitations to get a good price for cotton and soya bean.”

Senior farmer leader MP Raju Shetty said that 86 farmer organisations across the country had called for agitations in Delhi. “We will continue our fight for MSP and implementation of the Dr Swaminathan report, among other issues,” he said.