Politicos, govt officials get waiver, hint at IT glitches

Earlier, Shiv Sena MLA Prakash Abitkar had also received benefits without applying for it. He has even informed the assembly about it. 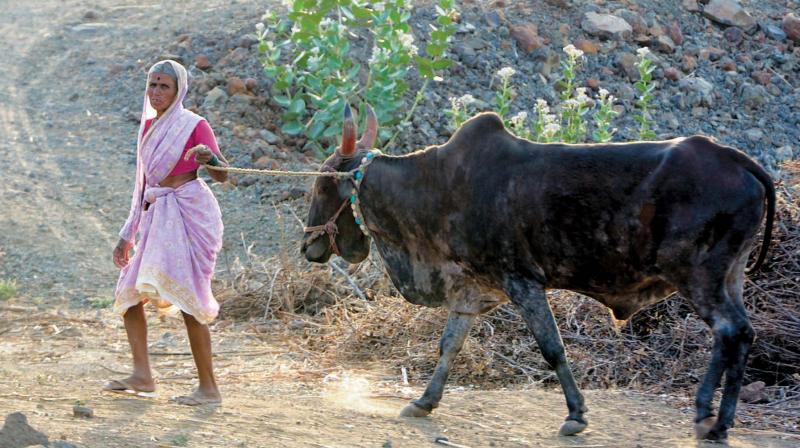 File image of a farmer in rural Maharashtra.

Mumbai: Criticism over glitches in the implementation of the ambitious loan waiver scheme is slowly turning out to be a headache for chief minister Devendra Fadnavis, according to Bharatiya Janata Party (BJP) sources.

Former Nationalist Congress Party (NCP) MP Vasant More from Eradnol in Jalgaon district has received a loan waiver amount of Rs 15,482 despite not having applied for it.

Mr Mora claimed, while talking to The Asian Age that there could be “400-500 cases in Parola taluka of Jalgaon, where ineligible farmers received the loan waiver amount without applying for it. These cases are putting a pressure on CM Fadnavis to order a high level inquiry on the IT mess in the scheme.”

Despite scrutiny by the auditors for the government, there are still a large number of cases where the money is being disbursed to wrong beneficiaries.

Mr More said, “I know about Ganjeeghar Shivram Patil, Kokilabai Patil, Hemant Patil and Ratnabai Patil getting a waiver of around Rs 80,000. They pay income taxes and are ineligible for the scheme. They had not even applied for the scheme!”

“Sunil Wagh, a clerk at a high school and his wife are government employees and yet they got a waiver,” he added.

Earlier, Shiv Sena MLA Prakash Abitkar had also received benefits without applying for it. He has even informed the assembly about it.

State cooperation minister Subhash Deshmukh said that it was a mistake by the Kolhapur bank, which had sent one loan account number for two persons. However, this duplication of data or any other error should have been corrected in IT department’s scrutiny. The names of ministers, MPs, MLAs, ZP presidents and government employees, should have been excluded from the list and yet Mr Ambitkar’s name was cleared without him even applying for it.