The accused persons are suspected to have also imported Lysergic Acid Diethylamide (LSD) aka acid. 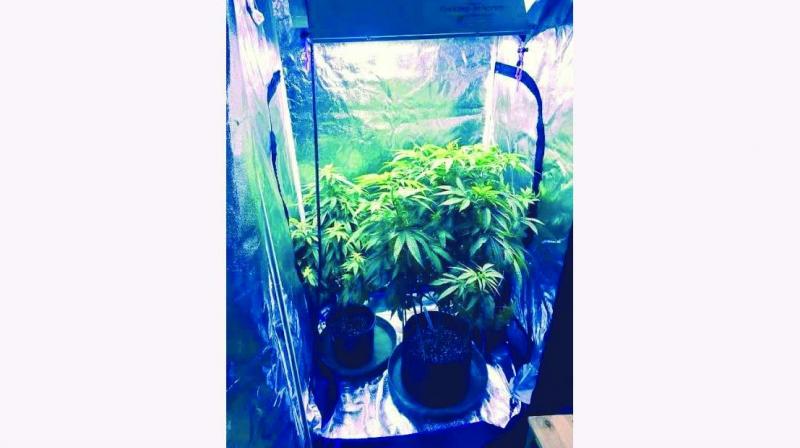 Seized cannabis by the police.

Mumbai: At least 21 cannabis seeds of eight different types of “premium quality” narcotics — that were imported and delivered via couriers — have been seized by the crime branch (CB), which busted a home-grown cannabis farming racket operated using the “hydroponic growth system”.

The investigators said that the orders for the cannabis seeds and 54 grams Mephedrone (MD) were placed through the “Darknet”, and the packages arrived via couriers.

Unit 3 of the CB found that the accused persons had also imported Mephedrone (MD), reportedly from the United Kingdom, apart from the cannabis seeds that were seized from the spot.

The seized items were ordered from the Netherlands and Australia among other countries. The officials are now in the process of locating the websites and the list of countries from where the narcotics were imported.

The accused persons are suspected to have also imported Lysergic Acid Diethylamide (LSD) aka acid.

“The packaging of the narcotics was such that it evaded detection by X-ray machines and physical checks. The core items were packed within several boxes, one inside the other, and stuffed with unsuspicious items to cover the narcotics,” said a crime branch officer.

One of the accused persons had over 100 college students as his clientele, who were in touch with him via WhatsApp and phone calls.

He also had a WhatsApp group on which they were all in touch and placed orders. The orders were delivered for Rs 2,000 per gram of clean and premium cannabis as against `50 per gram which is the rate at which the usual variety of cannabis is sold in the market.

The police has arrested Nikhil Sharma (26), a resident of Chembur, who is one of the associates of the main accused who grew the cannabis and is currently on the run.

A case has been filed under sections of the Narcotic Drugs and Psychotropic Substances (NDPS) act against Sharma and his accomplices.