Teli has alleged that Congress leader Nitesh Rane had sent the two men to kill him. 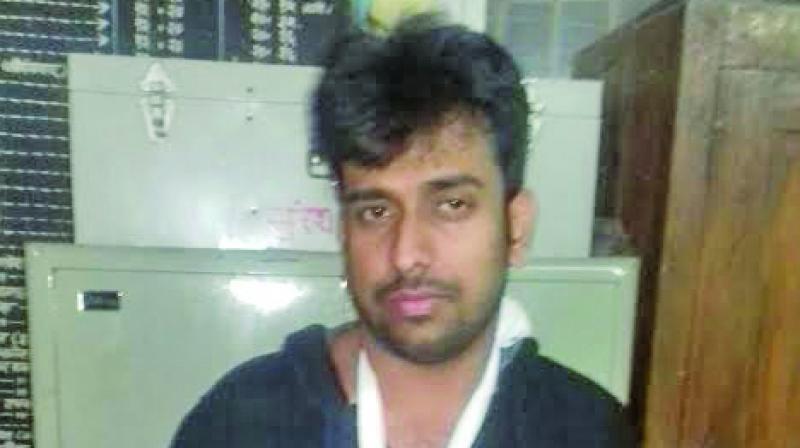 Mumbai: Two unknown men assaulted Prathamesh Teli, the son of a BJP politician from Kankavali, Rajan Teli, at a platform in Dadar railway station on Tuesday night. Mr Teli has alleged that Congress leader Nitesh Rane had sent the two men to kill him.

A Railway Protection Force (RPF) officer nabbed one of the two accused, Pranit Kharat (24), a Chembur resident, while he was trying to escape from the platform. Kharat was later handed over to the Government Railway Police’s (GRP) Dadar unit, which has registered a case to probe the alleged assault.

Rajan Teli is a BJP party leader and former MLA of Sindhudurg. According to GRP officials, his son Prathamesh and some other family members were standing on Dadar station’s platform number four to board the Konkan Express train around 11 pm on Tuesday. They were about to travel to Kankavli. After keeping all his luggage in the train, Prathmesh came out of the train to take a last look and confirm whether all the baggage had been taken from the platform or not.

“After he got down from the train and on to the platform, two youngsters came up and started beating him up badly. After Prathamesh started shouting for help, I heard his cries and went towards him. One of the accused took advantage of the rush and easily escaped from the platform. But I could arrest the other accused, identified as Pranit Kharat,” said RPF constable Vijay Bhosale.

Prathamesh Teli said, “The accused were talking in Marathi and telling each other that Nitesh Rane had said that I should be killed. They had meant to throw me under the train, but the RPF man’s timely intervention saved me.” Nitesh Rane, however, said, “This is merely a childish allegation. Why would I kill him (Prathamesh)? What evidence does he have to prove that I sent those youngsters? The police will conduct a fair investigation and I will cooperate with them.”

According to Prathamesh, his father had left Mr Rane’s political party Swabhiman Sanghatana and joined the BJP, and he has been getting several threat calls and messages since then.