You may also be able to avail Uber’s discount offer on the day of elections if you take a Uber cab to the poll booth. 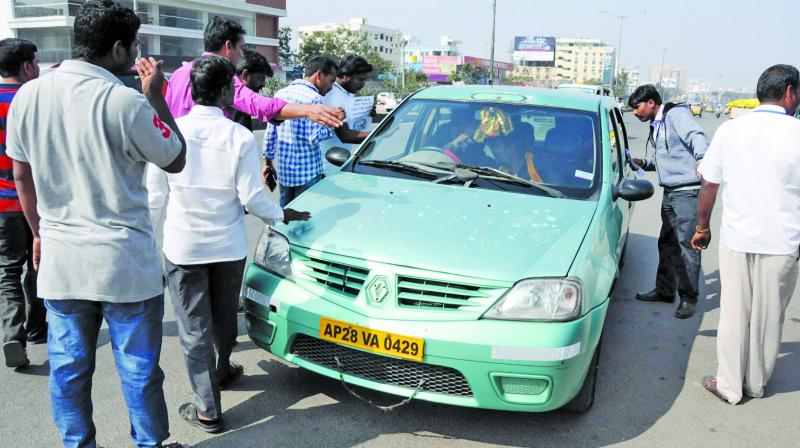 Mumbai: Your Uber driver might politely ask you to cast your vote for the Brihanmumbai Municipal Corporation (BMC) elections which are slated on February 21. You may also be able to avail Uber’s discount offer on the day of elections if you take a Uber cab to the poll booth. According to sources, Uber has approached the BMC for creating election awareness drives, and BMC has agreed to the proposal.

B.G Pawar, deputy municipal commissioner in charge of monitoring preparations for BMC elections, said, “A meeting took place between Uber and BMC officials on Wednesday and in the meeting the company pitched the idea. We have really liked it and will go ahead with it. We have asked Uber to write a letter so that the campaign can be launched immediately.”

The Uber will put up pamphlets inside the cabs to inform its customers about upcoming civic polls. Uber, along with the Election Commission will also conduct a primary training session with all its election day drivers, to equip them with election-related information, which they can, in turn, give to Uber customers.

According to civic officials, Uber has also planned to offer discounts to its customers on election-day, if the customers are taking the ride to near-by polling booths to cast their vote. As soon as the campaign is launched, the Uber mobile application will begin to give pop-ups urging citizens to vote.

B.G Pawar said, “It is a fascinating venture. Uber will now write a letter to the BMC formally proposing the idea, as we have asked them to do.” When contacted by The Asian Age, the Uber didn’t deny or confirm the development.