25 floodlights installed for carshed but no electricity for adivasis. 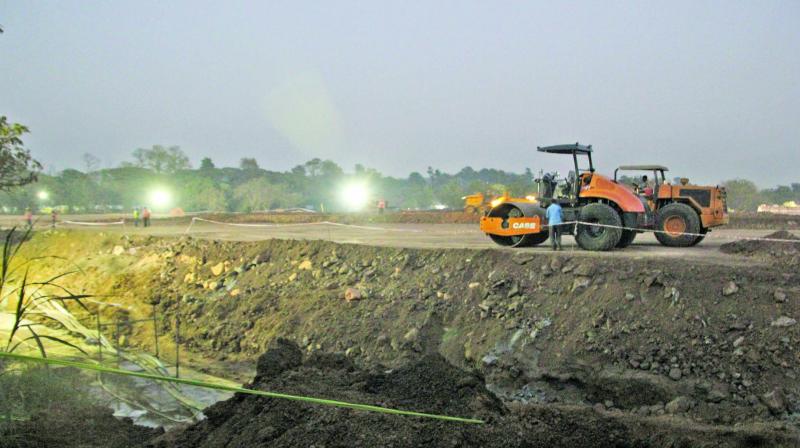 Mumbai: While the proposed Metro-3 carshed site is lit with at least 25 floodlights at Aarey Milk Colony, the tribals from Navshapada and Vanitsapada still do hot have electricity in their homes. Out of the 32 padas that are spread across Aarey Milk colony, two padas still don’t have power despite big transformers being installed in the hamlets. Tribals complained that Aarey officials did not provide electricity since entire Aarey Colony was declared a green zone. “They say that they can’t lay wires for electricity as Aarey Colony is a green zone and digging is not allowed. Yet, the state government has denotified a piece of Aarey and made it a Metro-3 zone. Our five generations have lived here and still we are being ignored,” said Baadu Mahalay (62), a tribal from Vanitsapada. According to the tribals, transformers were set up two years ago.

Chief executive officer of Aarey Milk Colony, Nathu Rathod said that stated that the electricity is provided by Reliance Energy, which is embroiled in a legal case with National Green Tribunal (NGT) due to which it is not allowed to dig there.

“It is not because it is a green zone. Reliance has not laid wires in the area due to an ongoing NGT case. It cannot carry out digging or any kind of construction in the area,” said Mr Rathod.

Some residents from Navshapada aired similar views. “When they can provide electricity for the metro work, then why not for the original habitants of Aarey? Sometimes we think that they are not giving electricity in the area so that we get fed up and leave this place. There has been constant pressure on us by the state government to move to SRA buildings. We cannot move to a small rooms with our cattle,” said an adivasi from Navshapada.

Locals also asserted that due to the lack of electricity, there have also been the cases of snake bites in the night. “I lost my son due to snake bite few months ago. It was reported in the media,” said Lata Ramesh Jhop, a tribal from Vanitsapada.