One tried to use shard of glass as weapon. 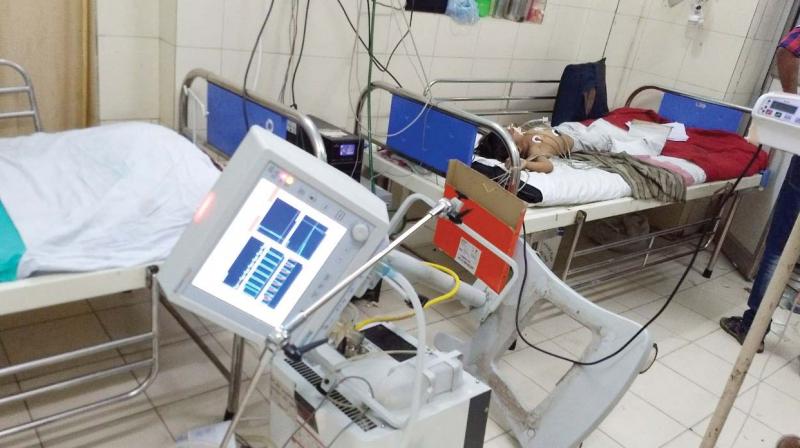 Doctors' Protection Act: Any damage or act of violence against medicare professionals is an act punishable by law. Any damage to the property or the Institution of medicare service is prohibited. Imprisonment to lawbreakers for a minimum period of 3 years and fine amount of Rs 50,000 to be imposed if found guilt

Mumbai: In yet another incident of violence against doctors in the state, medicos at state-run Indira Gandhi Government Medical College and Hospital (IGGMC), Nagpur were assaulted and the hospital was vandalised by 15-20 relatives of a patient on Thursday morning.

Upset after a middle-aged woman suffering from stomach ailment passed away at IGGMC, her relatives and friends created a ruckus.

“A person from the crowd slammed the door of the ICU, shattering the glass. Another relative grabbed hold of a shard and tried to injure us with it. A security guard, however, intervened. The man tried to stab him but failed,” he said.

Terming the incident a serious breach of security on the part of the administration, Dr Jadhav said there is no effective pass system and alarm system on the hospital premises. “This is in violation of the directives of the high court,” he added.

Dr T.P. Lahane, joint director, state Direct-orate of Medical Educa-tion and Research (DM-ER), said, “The patient’s kin broke furniture and damaged equipment for which the culprits have been booked.”

Asked about the security situation at the hospital, Dr Lahane said, “If needed, we will provide more security. I am personally monitoring this issue.”

A medico who is an intern at the hospital said that doctors working at IGGMC are under constant threat. “This is not new. We have been witnessing such cases every day. A few days earlier, some people wielding swords enter-ed the casualty ward of IGGMC,” he said.