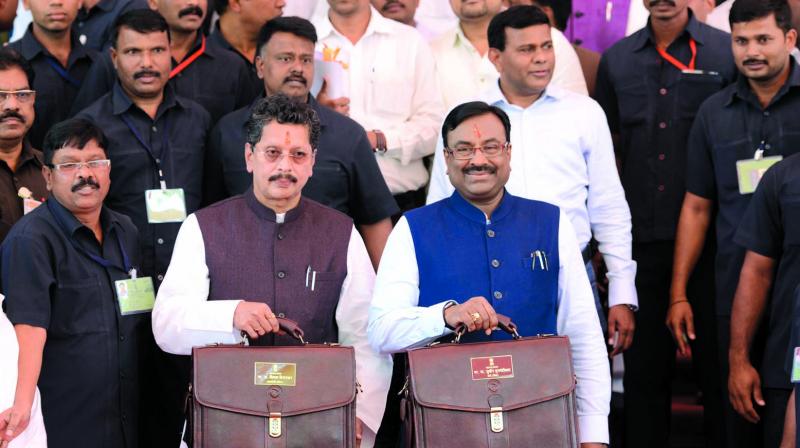 Mumbai: The Maharashtra government has allocated lesser funds for the welfare of minorities in the state budget for the financial year 2017-18.

In the budget presented on Saturday in the state Assembly, the allocation for the welfare of minorities was Rs 350 crore as compared to Rs 405 crore in 2016-17.

Various schemes for scholarships, training of minority youth and creation of basic amenities in minority residential areas are undertaken through this fund.

Out of the Rs 350 crore allocated for 2017-18, Rs 125 crore has been earmarked for improving the settlements of minorities and providing various basic facilities in rural and urban areas.

State Finance Minister Sudhir Mungantiwar, while presenting the budget said that training is being provided to students of minority category to appear for competitive exams like UPSC, MPSC, banking services and others.

"Further, skill training is also provided. An amount of Rs 8 crore is being provided for this initiative," he said.

He said, "The government, which talks about 'Sabha Saath-Sabha Vikas', has not increased the budget for minorities to Rs 1,000 crore as was being demanded."