3-yr RI to advocate for trespassing in woman lawyer's office, abusing her

'When a woman says 'no', it is really 'no',' observed the court of First Class Judicial Magistrate R T Ingale. 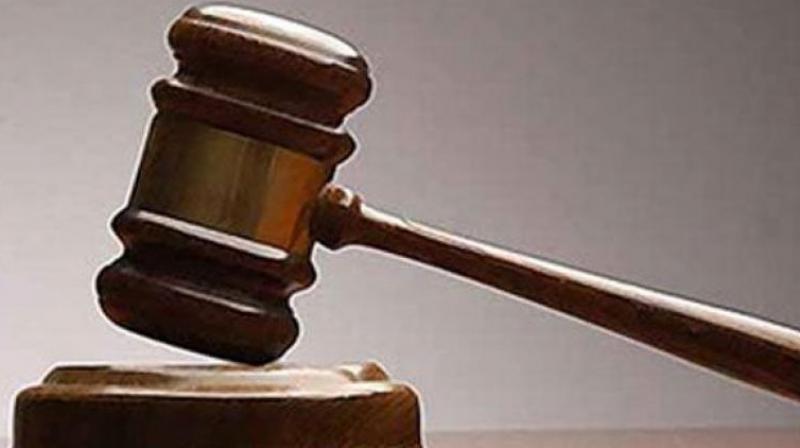 With jail term, the court also imposed a fine of Rs 1,500 on him. (Representational image)

Thane: A Thane court has sentenced a 45-year-old lawyer to three years of rigorous imprisonment for trespassing in the office of a woman advocate and abusing her for refusing his marriage proposal.

"When a woman says 'no', it is really 'no'," observed the court of First Class Judicial Magistrate R T Ingale.

The lawyer was convicted under IPC sections 452 (house-trespass after preparation for hurt, assault or wrongful restraint), 509 (word, gesture or act intended to insult the modesty of a woman) and 504 (intentional insult with an intent to provoke breach of peace).

Additional Public Prosecutor Rashmi Kshirsagar told the court that the complainant, a divorcee, had uploaded her biodata on a matrimonial website. The accused, who is a widower, made a proposal for marriage to the complainant, which she rejected.

Later, he asked her several times to marry him, but the woman refused.

On September 16, 2013, when the woman was at her office in the Naupada area of the city, the accused went there and asked again if she would marry him. When she refused, he shouted at her, used abusive language and also threatened her, the prosecutor told the court. The others present in the woman's office took the accused to the police station where an FIR was filed against him and he was arrested.

In his order, the magistrate said the argument of the defence is that an advocate's office is accessible to everybody.

"But this, according to me, is misconceived. The office of an advocate is not a public place. It is a private office. The permission is necessarily required to enter the office," he said.

When the complainant rejected the accused's proposal again and again for marrying him, it also implied her refusal for permission to enter her office, Ingale said.

In the present case, the complainant refused the accused's proposal several times, and she really intended to say that she was not interested in marrying him. Despite that, the accused kept on asking her for marriage, the magistrate said in his order on March 15. The court also imposed a fine of Rs 1,500 on him.