Minister agrees for first time that there were unexpected technical glitches in much-maligned train. 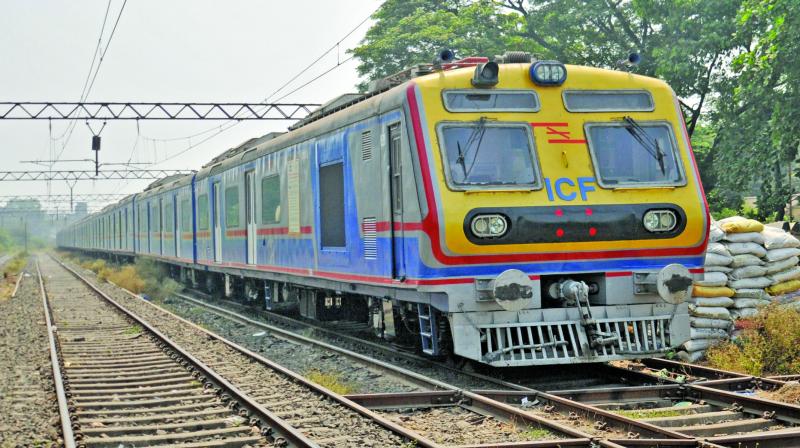 The air-conditioned local train has encountered a number of problems ever since it arrived in April 2015.

Mumbai: Union railway minister Suresh Prabhu has, for the first time, come on record and said there were mistakes made in procuring the air-conditioned train.

The AC local train, which is currently on trial, has encountered a number of problems ever since it arrived in April 2015. There were some technical issues and the train was unable to run underneath some overhead bridges because of its height due to the built-in AC units. Currently, trial runs of the AC local are being carried out between Tiwala and Kalyan. It is parked at the Kurla car shed.

Ever since the time it was procured, the AC train has miserably failed all tests and was re-engineered from scratch. All of this reached the Union minister, who has finally come out and said there were mistakes made in procuring the train. Mr Prabhu said, “When the train came we realised that there are technical glitches that we did not realise might occur.” He further said, “There were mistakes made, but this is a part of running such a big system, the issues are on the verge of being solved and you will be able to travel in it soon.”

The minister’s admission is important as Mumbai is banking on the AC trains as a possible source of relief because of the heatwave.

The glitches Mr Prabhu referred to has cost the railways Rs 54 crore, which is the cost of the AC train. The 12-coach train had been part of Mr Prabhu’s push for the Make-in-India campaign, as it has been manufactured by Bharat Heavy Electrical Limited (BHEL).

The train is usually parked at Kurla car shed but has been undergoing trials on Klayan-Titwala line for the past two months. The minister’s statement was supported by an admission by Central Railway  (CR) general manager D.K. Sharma, who said that BHEL has had no experience in manufacturing of AC trains. He said, “The problems occurred as the BHEL has had no experience with air-conditioned trains.” He further added, “The trial of the train is on currently, in the next two to three months its performance parameters will be tested and then we will be able to have a clearer picture.”

The AC train was brought to Mumbai with much pomp and show back in April 2015. Post that there was chaos with respect to on which line the train would run: it was first decided that the train would run on trans harbour line, then it was allegedly given to Central. Now, finally, it has been handed over to Western Railway.

The train also ran into problems because of the height of road overbridges, which in many cases was too low to let the train pass. In Central Railway route, bridges near Currey Road station, Masjid were causing a problem, while on Western the problem occurred between Dadar and Churchgate. There were also talks that the train will be run on the suburb route instead of to South Mumbai. The final outcome is that the AC train will run between Dadar and Virar and won’t connect Churchgate.