MMRC has maintained that construction work of the Metro-3 corridor would be conducted by the book. 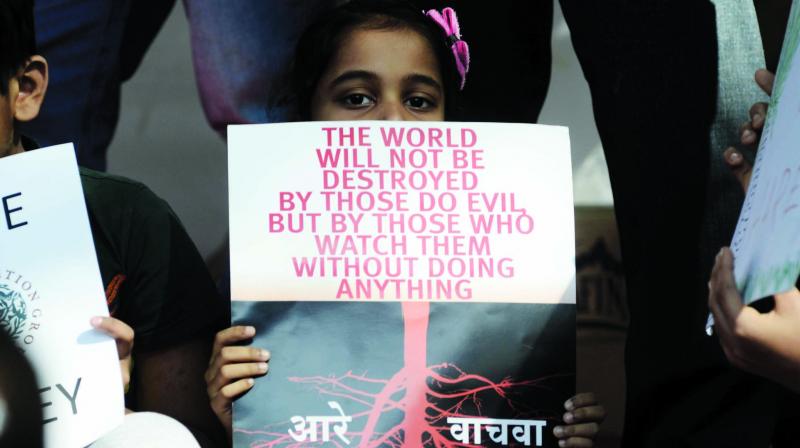 Environmentalists and activists had started their protest back in 2014 that even got support from several political parties including Shiv Sena.

Mumbai: There has been a lot of opposition to the idea of having a car depot for Metro inside Aarey Colony because of it being a ‘green zone’. Environmentalists and activists had started their protest back in 2014 that even got support from several political parties including Shiv Sena, the ally of the ruling Bharatiya Janata Party (BJP).

However, despite firm opposition from its ally Shiv Sena, the BJP-led government did not budge and has been firm on its stand of going ahead with plans of having a Metro car depot in Aarey Colony.

Citizens and environmentalists have been opposing the depot, citing that it will disturb the wildlife and environment at large inside the colony, the only green lung left in the city.

The environmentalists have also claimed that the Mumbai Metro Rail Corporation Limited (MMRC) is flouting the National Green Tribunal’s (NGT) orders by going ahead with construction and not maintaining the status quo.

Stalin Dayanand, petitioner in NGT, said, “In our last hearing at NGT we had already informed that MMRC has illegally carried out soil testing and going ahead with construction of car depot is totally illegal and against the status quo (ordered by) NGT. We will challenge them accordingly.”

Meanwhile, MMRC has maintained that construction work of the Metro-3 corridor would be conducted by the book.