MMRC says AG stated that construction of depot can begin at Aarey. 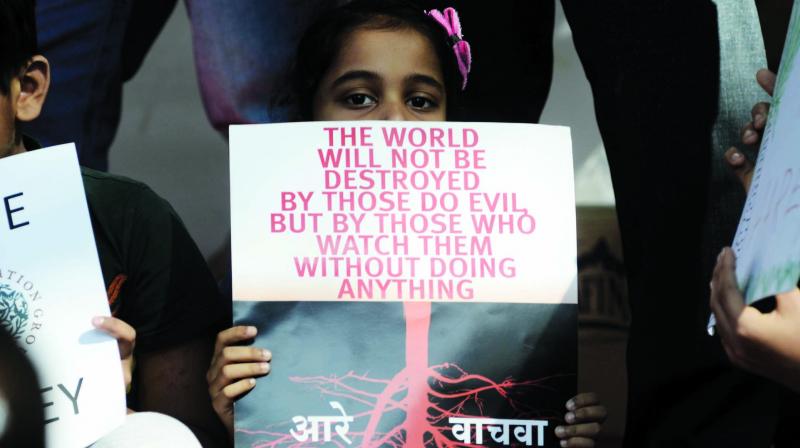 Mumbai: Work for metro car depot in Aarey Colony is set to begin from June after the Mumbai Metro Rail Corporation (MMRC) said that there is no stay on constructing Metro car depot by the National Green Tribunal (NGT) prohibiting them from carrying out the construction.

The MMRC has claimed it has taken legal opinion from advocate general (AG) and that AG has cited that there is no stay of NGT and MMRC can go ahead with the construction of the car depot inside Aarey Colony.

SK Gupta, director (projects), MMRC said, “We have short-listed three bidders, technical bids and are going to open financial bids. After the evaluation of financial bids is complete, we will award contract to the lowest bidder and work will start in June.”

MMRC began soil-testing and geo-technical survey for the depot last month. The construction of a car depot inside Aarey Colony has been in the news following opposition by environmentalists, who had also approached NGT for staying construction citing that Aarey is a no development zone.

The entire 33.5 km-long Colaba-Bandra-Seepz Metro-3 corridor will be underground with total civil construction cost of  Rs 18,114.9 crore in seven packages.

The Metro-3 corridor would be a crucial north-south link connecting major central business districts like that of Nariman Point, Bandra-Kurla Complex and Seepz in Andheri.

Recently, the Shiv Sena objected to land at Aarey being allotted for the Metro project. The BMC acting on the state government’s directives had mooted a proposal to exclude 33 hectares of land at Aarey Colony from the Non-Development Zone (NDZ) for the construction of Metro-3 car shed and workshop. The fact that land will also be reserved for commercial use has raised the city environmentalists’ hackles.

The proposal to change reservation at Aarey Colony in the Development Plan (DP) was tabled for approval before the civic improvements committee last week and a final decision on the same is still awaited.