Did Rajdhani thief flee at Kota? 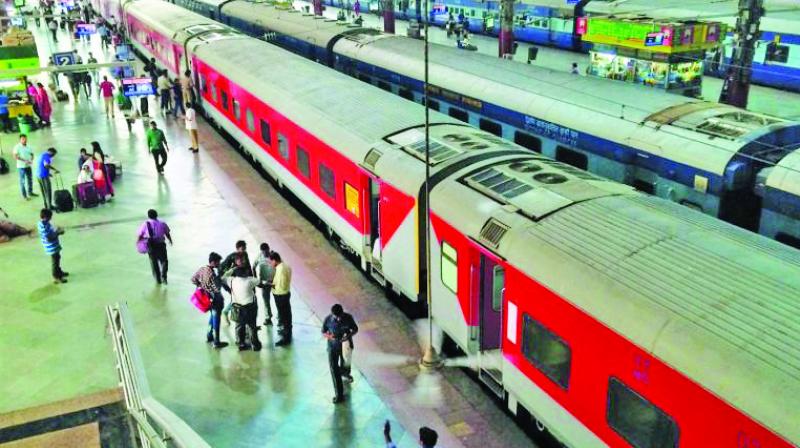 Around 12 passengers were robbed of cash and jewellery worth over Rs 10 lakh during their 17-hour journey from Mumbai to New Delhi on August 16.

Mumbai: Investigators of the August Kranti heist, which saw around 25 passengers robbed on Wednesday, have launched a manhunt for a mysterious passenger who got off at Kota station. The man, who was to get off at Delhi, is said to have boarded the premium train August Kranti Rajdhani Express at Mumbai Central.

At least 12 passengers on the train were robbed of cash and jewellery worth over `10 lakh during their 17-hour journey from Mumbai to New Delhi on August 16.

The August Kranti one of the flagships of Indian Railways’ Rajdhani Express, had departed from Mumbai on August 15 and the thefts are suspected to have taken place after 3 am on August 16 when the train entered the Kota division.

The WR’s Ratlam division has handling been the investigation in a co-ordinated effort with the Mumbai division. An official said, “Right now the heads of RPF are at Ratlam, and reports have come in that one man in particular, who seems to have taken a ticket up to Delhi, alighted the train at Kota and is untraceable.” The official added, “We are trying to find out if the man has anything to do with the robbery or if it was a co-incidence or change of travel plans that led him to get off at Kota.”

The WR has also removed around seven of its catering staff from duty, until the matter is resolved. The official said, “We do not know if the staff was involved in providing information to the thieves; but since all this is yet to ascertained, we have taken them off duty for now.”

This is not the first time that a Mumbai-Delhi Rajdhani Express has been under the spotlight for thievery. In  2014, the wife of the then Central Railway (CR) Sunili Kumar Sood, Preeti Sood was robbed of jewellery and belongings worth around `5 lakh worth from right under the noses of Railway Police Force officers, who were sleeping in the next berth.

While the previous modus operandi was limited only sleight of hand, passengers in this week’s incident claimed, disturbingly, that they had been drugged.