Patel has at least half a dozen similar cases registered against him and is wanted in a few of them. 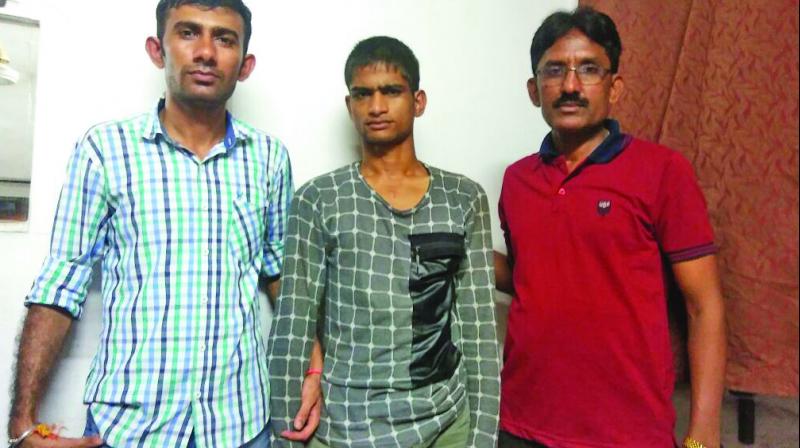 The accused was spotted by alert RPF constables around 9.45 pm on platform number 4 at Dadar station.

Mumbai: Alert officials of the Railway Protection Force (RPF) Thursday night arrested a wanted history sheeter soon after he robbed a commuter at Dadar railway station of his mobile phone.

The accused, identified as Ahmed Rafique Patel (22), a resident of Shantiwada compound area in Santacruz, was spotted by RPF constables Babusha Ingole and Sachin Mor at around 9.45pm on platform number 4 at Dadar station. The policemen noticed that Patel was wandering near the middle general compartment and not boarding local trains that passed by. They found something amiss and decided to keep a close eye on him only to catch him when he stole a passenger’s mobile phone.

The policemen noticed that Patel had been aimlessly roaming near the middle general compartment and not boarding local trains that passed by. The officials felt something amiss and kept a close watch on him only to catch him while he stole a mobile phone of a passenger by hitting him on his hand.

A RPF official said, “The patrolling staff nabbed Patel and brought him to the RPF Dadar chowkie, where, upon sustained interrogation, he revealed that he had ulterior motives in roaming around where the middle general compartment generally halted. We recovered the stolen phone from him.” The phone was returned to its owner, Prashant Katkar (32), a resident of Jia Masoom chawl in Lower Parel. Katkar went to the RPF office to lodge a complaint when he was shown the recovered handset which turned out to be his. Patel has at least half a dozen similar cases registered against him and is wanted in a few of them.