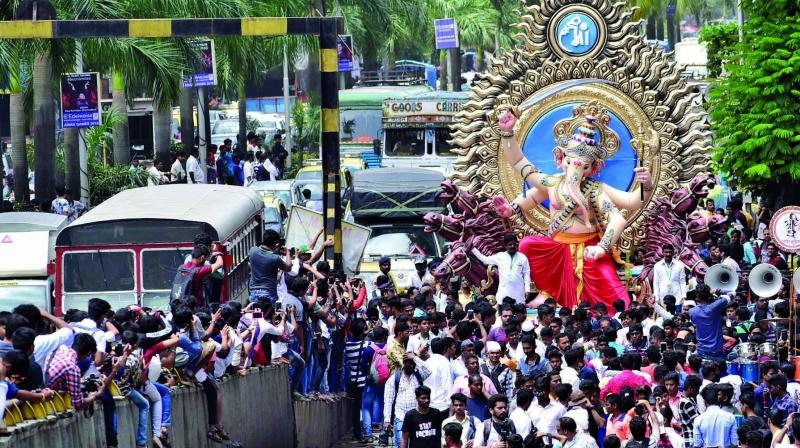 Mumbai: Worli Naka was the noisiest during Ganpati visarjan on Monday, with decibel levels soaring up to 112.6 dB. The Awaaz Foundation, a NGO that regularly records noise levels during festivals, stated that this time the noise decibels arose from traditional instruments such as drums and banjos amplified by loudspeakers during Ganesh Chaturthi.

The noisy celebration of the fifth day of Ganesha Chaturthi was not just restricted to Worli as many other areas in the city too flouted the Noise Pollution Rules. The NGO recorded noise levels from 7.30 pm to 11pm on Monday at 14 places and all of them  recorded noise levels between 87 dB and 112 dB, which is way above the permissible limit.

“The highest noise level of 112.6 was recorded at Worli Naka. There were no DJs but ‘traditional’ instruments’ like drums and banjos, whose volume was amplified by loudspeakers, which created so much noise,” said Sanjay Salunke, Awaaz member.