Mumbai warms up for Coldplay

CM may attend concert even as PM skips it after notes controversy. 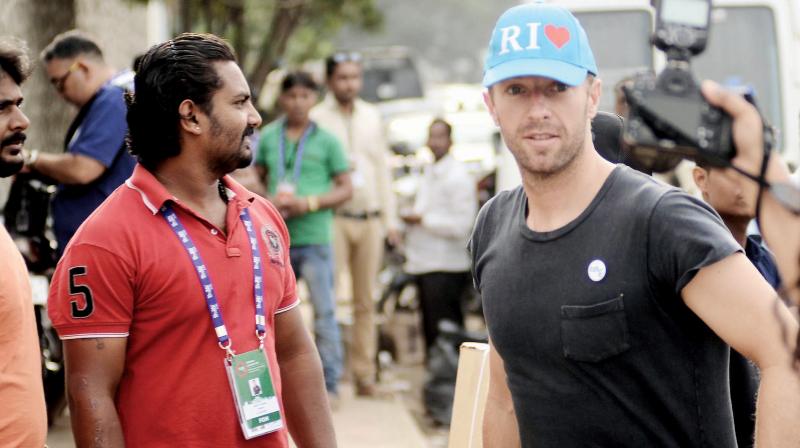 Mumbai: Chief minister Devendra Fadnavis and other dignitaries are likely to attend the much-hyped Coldplay concert in Mumbai on Saturday, even as Prime Minister Narendra Modi will skip the event in the backdrop of demonitisation. The Global Citizens India Festival attracted controversy after the state government waived off entertainment duty for the programme.

On Friday, the rock band’s frontman Chris Martin checked all the arrangements at the venue ahead of the concert. Mr Martin even posed for selfies with a few fans and security personnel. The world’s biggest band will be performing at the BKC Grounds, Mumbai on Saturday, November 19.  Sources in the state government confirmed that Mr Modi would not be participating in the festival after the demonetisations issue cropped up. They added that the CM, however, would attend the programme as the state government is a partner of the festival.

The programme will begin around noon and end at 8.30 pm. Coldplay’s performance would be the biggest attraction. But the event has attracted a lot of controversy and the state government was criticised for granting the organisers a special entertainment tax waiver.

On its website, Global Citizens has said it works towards eradicating poverty. A few tickets for the programmes were given to youngsters who had completed a requisite amount of social work, and whose names were then entered in a lucky draw. Global Citizens says on its website that “the effects of small actions are not always obvious, but by working together specific and tangible outcomes are achieved. Global citizens' voices influence world leaders and decision makers, and contribute to shaping our world.”