The court will hold the hearing for quantum of punishment on November 21 and 22 and is expected to announce the same on November 22. 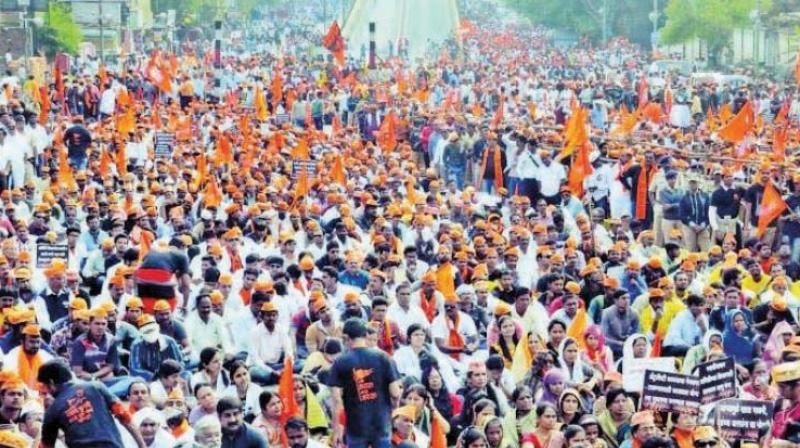 Around 50 marches were held across Maharashtra by the Maratha comunity after the Kopardi rape in 2016.

Mumbai: A sessions court in Ahmednagar convicted the three accused in the Kopardi rape case of July 2016. The court found the trio guilty of brutally raping and then murdering a 15-year-old girl who belonged to the Maratha community. The trial saw the deposition of various witnesses, which included the family of the girl and residents of the village where the gruesome incident took place. The court will hold the hearing for quantum of punishment on November 21 and 22 and is expected to announce the same on November 22.

According to special public prosecutor Ujjwal Nikam, during the trial the court was informed that while Jitendra alias Pappu Shinde (25) was the one who accosted and raped the girl, his accomplices Nitin Bhailume (26) and Santosh Bhaval (36) later joined him in sexually assaulting the girl and then murdering her. While Shinde was the main perpetrator in the crime, due to the fact that the other two connived with him and were part of the conspiracy to murder her, the court found all of them guilty.

The brutal incident that occurred on July 13, 2016 had sparked off a state-wide protest by the Maratha community. The protests were spearheaded by an organisation representing Maratha issues and were held in numerous cities. The Maratha community was seeking an expeditious trial of the case and death penalty for the accused. The protests prompted chief minister Devendra Fadnavis to suggest setting up a fast track court to try the trio.

Mr Nikam said he would be taking the help of the officials involved in the investigation and after consultation with the relevant authorities, decide on whether to seek life imprisonment or the death penalty for the accused.