Defending the eviction of hawkers by his party men, Mr Thackeray said it was as per the order of the Bombay high court. 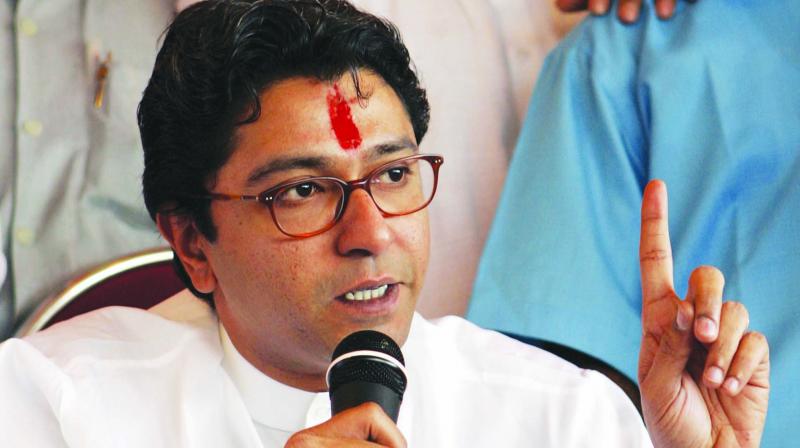 Mumbai: The Maharashtra Navnirman Sena (MNS) chief Raj Thackeray criticised the Bharatiya Janata Party (BJP) on Saturday for using cheap tricks to win the Gujarat polls. Commenting on the recent release of a sex CD allegedly involving Patidar leader Hardik Patel, he said the BJP was trying to win polls by using “blue films” instead of blue prints for development. He even hailed MNS workers for protesting against hawkers and evicting them around railway stations and said that they would continue it.

Speaking on the controversial CD issue amid the run up to the Gujarat polls, the MNS leader said, “BJP had won 2014 polls with blue print of development. However, now they have brought blue film. They have to adopt cheap tricks to win polls which indicates their desparation.” He even questioned party for calling Congress vice president, Rahul Gandhi “pappu”. “BJP calls Rahul Gandhi pappu. But the entire party machinery has been used against Rahul in Gujarat,” he added.

Defending the eviction of hawkers by his party men, Mr Thackeray said it was as per the order of the Bombay high court. “The government and the BMC failed to do it. But we did it successfully. In fact, we have received many positive reactions from commuters, who said that they were happy about the eviction. The women commuters admitted that there was no eve teasing after our initiative,” he said.