BMC tells HC it has initiated process of inviting bids. 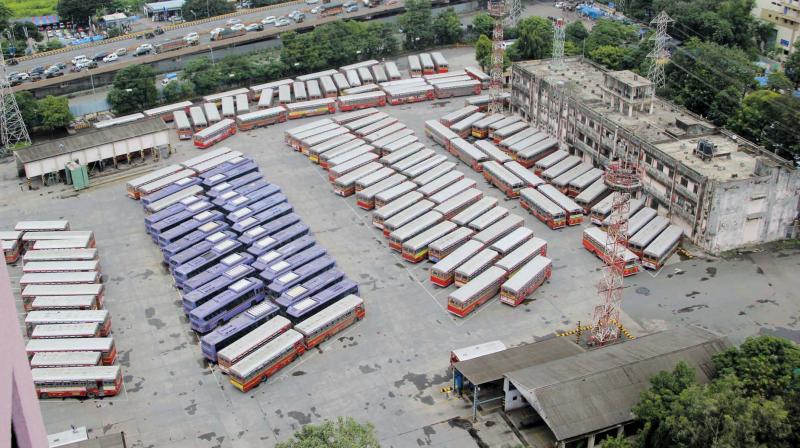 Referring to the ways being proposed by the BEST undertaking to reduce losses as well as cost, the affidavit said that it was contemplating on “hiring of buses from outside contractors”.

Mumbai: In a bid to curb losses, the Brihanmumbai Municipal Corporation (BMC) has decided to outsource the Brihanmumbai Electric Supply and Transport (BEST) bus services to private transport companies and has already initiated the process of inviting bids for the same.

This was revealed by the BMC in its affidavit submitted to the Bombay high court over a public interest litigation filed by C.A. Shetty through senior counsel V.P. Patil, which prayed for restraining directions to the BMC from scrapping the A.C. buses. Under the new initiative rather than buying buses, the BEST will be taking buses on wet-lease from transport companies and will be running them on existing and new routes.

According to the affidavit, which was being heard by chief justice Dr Manjula Chellur and justice M.S. Sonak, the BEST has mentioned that due to “grossly insufficient passengers for a considerable period” the operation of 172 A.C. buses was incurring the BEST undertaking a daily expenditure of Rs 42.63 lakh while the collection was only Rs 6.75 lakh resulting in a daily loss of Rs 35.87 lakhs. As the occupancy of buses was only 9-10 passengers per trip, the BEST Undertaking was compelled to discontinue the operation from April 17, 2017.

Referring to the ways being proposed by the BEST undertaking to reduce losses as well as cost, the affidavit said that it was contemplating on “hiring of buses from outside contractors”.

Under the initiative, the successful bidder will provide mini AC and non-AC buses and shall bear the cost of maintenance, overheads, licensing and operations, offering the services on behalf of the undertaking.