The undertaking plans to commercially exploit its assets in the city and the same will be decided soon. 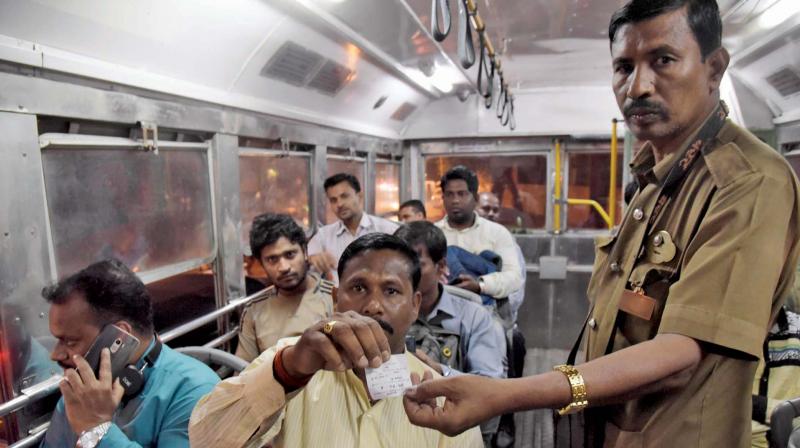 BEST plans to use its assets to fight financial crisis.

Mumbai: The BEST undertaking in a bid to substantiate it’s income and curt down overhead and operation costs is mulling over using the real estate space in the form of depots and terminus to earn revenue. In the affidavit submitted in the Bombay high court the undertaking has said that they plan to use the assets themselves and not selling it off or giving it on long-term lease to improve its financial condition. In the absence of any help from either the government or the BMC, the undertaking plans to commercially exploit its assets in the city and the same will be decided soon.

Speaking about the financial mess that the BEST undertaking finds itself in, the BEST spokesperson Manoj Varade said,  “There are 27 depots and numerous terminuses in the city apart from the administrative buildings that the undertaking uses for its day to day activities. We will be ascertaining the value and demand for space in each of these locations before deciding on how the land will be utilised for commercial gains.” He added that the plan for the same is at a primary stage.

Committee members are however torn between whether or not to support the proposal. While one group says it is a good move another says that as the employees will be severely affected by it such a move should not be gone ahead with.

“The committee is yet to see the proposal and nothing concrete has come of it, hence we need to see how the premises are going to be used and whether it gets the nod from all stake-holders,” said Sunil Ganacharya, a member of the BEST committee.

Ravi Raja, a BEST committee member said that the bail out process by utilising the real estate was suggested a year back by Pricewater House Cooper, but the committee is yet to discuss it.