Fake notes close in on perfection

The new currency notes of different denominations have various colour codes that are distinct from each other. 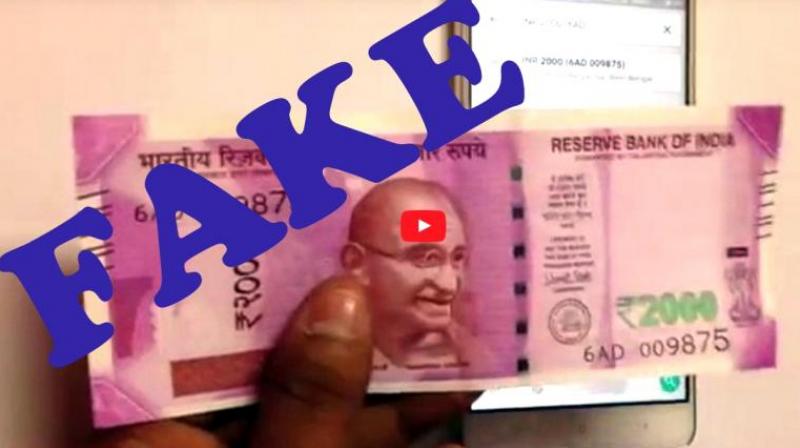 Mumbai: Fake Indian currency manufacturers have succeeded in copying at least six of the 10 security features from the newly launched Rs 2,000 and Rs 500 notes post demonetisation. The startling revelation has come to the fore based on a report by Security Printing and Minting Corporation of India at Nashik, Directorate of Revenue Intelligence (DRI) sources stated.

Following seizures of counterfeit Indian currency from Mumbai and Navi Mumbai in two separate raids, the DRI had sent the seized fake notes for analysis at the Nashik mint. The report sent by the experts there has now left the DRI officials in a limbo as many of the features used in original notes are being used in the fake Indian currency notes (FICN).

The investigators said though the security features, which are easy to copy, have been incorporated into the fake currency notes, the fakes can be identified if observed keenly.

“The new currency notes of different denominations have various colour codes that are distinct from each other. If colours are to be considered a security feature, it is something difficult to imitate. The illegal manufacturers have failed to copy the colour code and the paper quality,” said a senior DRI officer, requesting anonymity.

The paper used for FICN is thicker than the one used in the production of original currency, which can be identified if observed closely, officials said.

The DRI officials said that of these features, the optically variable ink, which is use of a colour shifting ink, has been difficult to copy. In the original note, the denomination numerical (2,000 or 500) shows one colour when held straight, and some other colour when held at any other angle.

The Asian Age had reported on September 12 about FICN printing dens having been shifted to Bangladesh from Pakistan following demonitisation and slump in the quantum of their production. According to DRI officers, the post-demonetisation fake notes are crude compared to the ones produced in Pakistan before demonitisation.