This case also became a reason for marches to become faceless. A few young girls led the marches in the state. 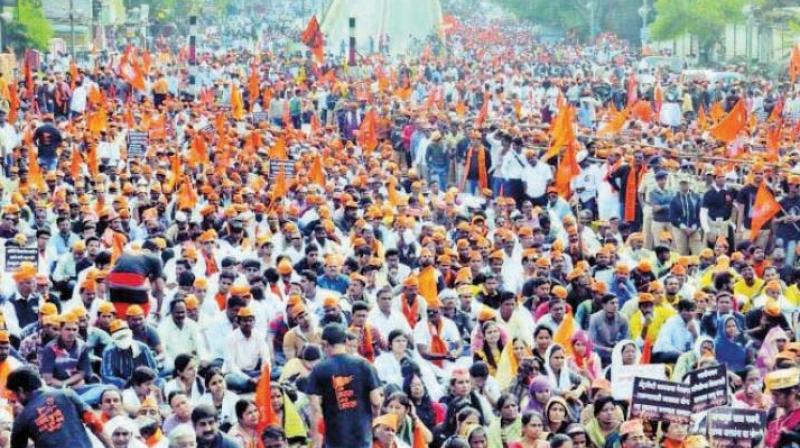 Around 50 marches were held across Maharashtra by the Maratha comunity after the Kopardi rape in 2016.

Mumbai: After the court convicted all the 3 accused in the Kopardi rape and murder case, the victim's parents said that convicts should be given capital punishment so that it would send a “stern message” to the society. “We waited for a long time and today the court held all the three men guilty. To send a stern message to the society, the convicts should be awarded death punishment so that no one will dare commit such an act in the future,” the girl's mother said. The victim's father, a farmer, also echoed similar sentiments. “Entire Maratha community feels that the convicts should get nothing but the death sentence,” he said.

The Kopardi rape case had stirred Maharashtra’s socio-political ethos. Maratha community hit the streets across the state just days after a Maratha caste girl was raped and murdered in Kopardi in 2016. Though there were many other reasons including demand for reservation but Kopardi rape case was a trigger point for the community’s outburst.

This case also became a reason for marches to become faceless. A few young girls led the marches in the state. Though marches have stopped now, but there is still anger over the Kopardi rape case.

Mammoth marches by Maratha community in almost all districts had created tension in the state. The first march started after the incident of Kopardi rape case came to light. The march was held in Aurangabad, capital of Marathwada which is also near Kopardi.