11km track will open on Dec. 3 between NCPA and Sealink. 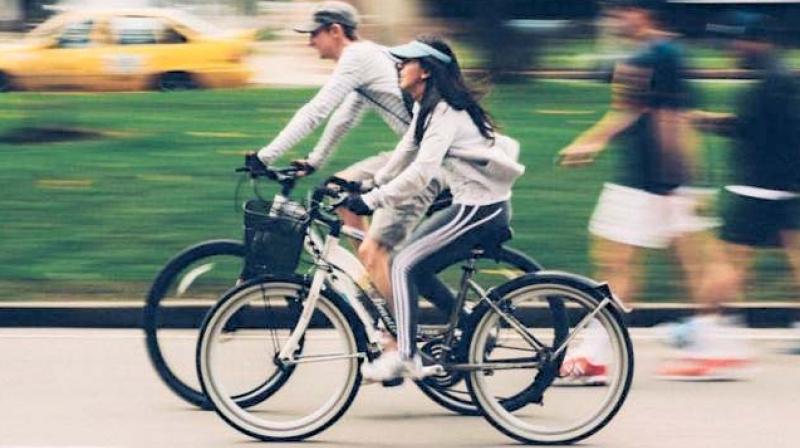 Mumbai: The Brihanmumbai Municipal Corporation (BMC) will make an 11 km-long South Mumbai cycling track operational on December 3. Sources revealed that the BMC is planning to rope in Bollywood superstar Salman Khan’s non-governmental organisation ‘Being Human’ to rent out its cycles for the track. The civic body has received all permissions to go ahead with the track. The cycle track will start from the National Centre for the Performing Arts (NCPA) at Marine Drive and end near the Bandra-Worli Sealink. The project is being implemented by the civic body with the help of Smart Commute foundation, a body that promotes sustainable means of travel.

The track will be accessible for the public only on Sundays, between 5.30 am and 10 am.

“People will be excited to ride if we offer them cycles of ‘Being Human’ and there will be a craze about it. The BMC is pitching the idea to the actor and is expecting a positive response,” said a source. The civic body will arrange a truck from where the cycles will be available for rent.

The Asian Age had reported in its September 18, 2017 edition that the BMC has proposed the cycle track along the Marine Drive route.

“We have received all necessary permissions for the track from the Traffic as well as the Heritage Department. A high court-appointed three-member committee has approved the project. Thus, we are set to launch the track on December 3,” said Kiran Dighavkar, assistant municipal commissioner of ‘A’ ward.

The track will be a one-way route, starting from NCPA. Initially the BMC had considered demarcating a two-sided cycling track, but the plan was dropped after research suggested it would choke traffic. “There will be certain charges to use the track, we are still deciding on the rates. It will be a 3-metre carriageway barricaded with cones and chains,” said Firoza Suresh from Smart Commute. She also said that the work orders have been sanctioned for the track, which means the contractor concerned can start using paint to demarcate the track and use cones and chains to barricade it.