Preliminary reports states that the victims failed to gauge the speed of the train and were late to react. 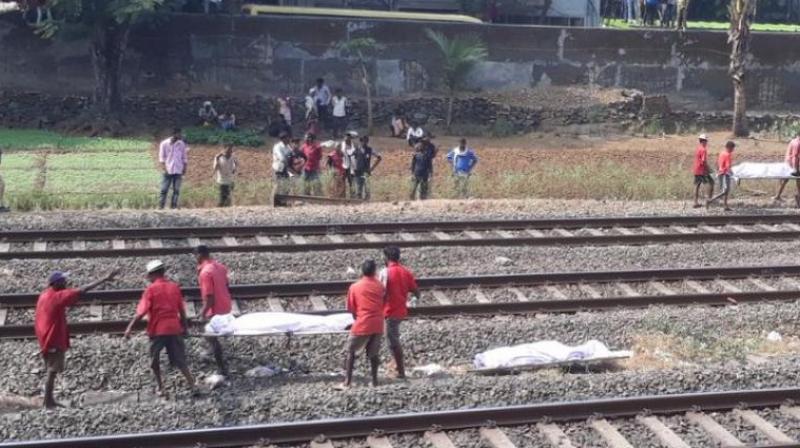 Mumbai: Three women labourers, working on contract for the Railways, died while one sustained injuries after the Bandra-Indore holiday special train hit them between Malad and Goregaon stations on Saturday afternoon.

The incident took place at around 12.20 pm said Government Railway Police (GRP) officials who rushed to the spot, soon after the incident was reported. Officials said that the accident took place between Goregaon and Malad stations on the Virar bound track that caters to only outstation train traffic.

The four victim labourers have been identified as Anita Bhaiyyalal Shinde (32), Jaya Raju Khatawase (35), Shivani Gajanan Bhoryalay (18), and Sunita Gajanan Bhoryalay (35). All four of them, natives of Madhya Pradesh, are stated to be part of a larger group of 60 labourers that was walking towards Malad station after completing the maintenance work on the Western Railway line.

While Sunita survived with grievous injuries, all others including her daughter Shivani succumbed to injuries on the spot owing to the impact of the hit. Sunita is undergoing treatment in Kandivali’s Shatabdi Hospital, the officials said.

“There is still no clarity over how did the accident take place. We are probing angles including the possibility of confusion and if the motorman honked or not,” said Purushottam Karad, deputy commissioner of police, GRP (Western Railway).

Preliminary reports states that the victims failed to gauge the speed of the train and were late to react. Following the incident, the train halted at the spot till 12.30 pm and the railway police and railway authorities were informed about the incident.