The report, which was released in Delhi on Thursday, featured the annual average of air quality index (AQI) across the cities. 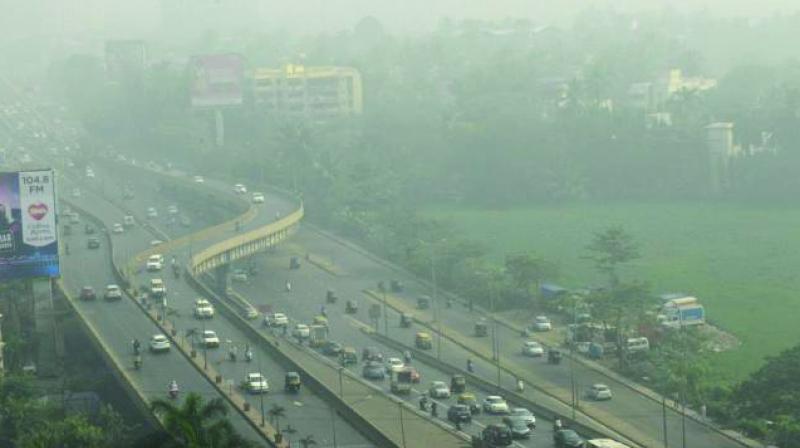 The report, which was released in Delhi on Thursday, featured the annual average of air quality index (AQI) across the cities. None of the tabled cities fell under the ‘good’ category. CPCB officials said the qualities in a city are influenced by weather conditions to a significant extent. While Navi Mumbai recorded annual average AQI of 76 which positioned the city at number three, Mumbai’s AQI stood at 107. The Maharashtra Pollution Control Board (MPCB) has attributed it to the strict regulations that have been imposed on the stone quarrying and industrial emissions. “Stone quarrying in the hills has significantly reduced in Navi Mumbai. Also most of the industrial units here have turned to cleaner fuels.  All these factors have helped to some extent,” said P. Anbalagan, member secretary, MPCB. 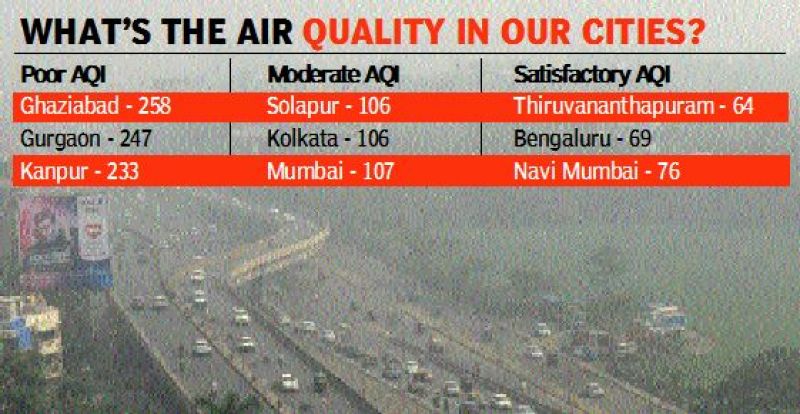 While the MPCB stated that Mumbai’s AQI was ‘fairly good’, an official said city roads still need improvement to curb down dust pollution.

Although Mumbai ranked third among the cities that fell under the category of ‘moderate’ AQI, data shows that the city needs to reduce the pollution by 100 per cent to enter the ‘good’ category (where the AQI is between one and 50). Apart from Mumbai, five other cities in Maharashtra including Thane, Nagpur and Nashik fell under the moderate category. Apart from Navi Mumbai, Pune also fell under the good category in terms of annual average AQI.