No dearth of money for infra projects: Nitin Gadkari

The senior minister has already said that the goal of making India a USD 5 trillion economy by 2024 was “difficult but not impossible.” 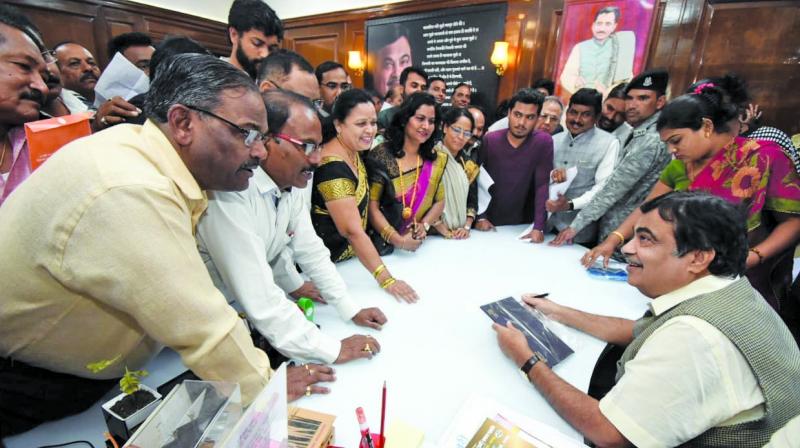 Mumbai: Despite the ongoing economic slowdown, Union minister for road transport and highways Nitin Gadkari has said there is no dearth of money for implementing infrastructure projects across the country. We have planned to spend `5 lakh crore on infrastructure development this year, he said.

Mr Gadkari was speaking at the inaugural function of the Diamond Jubilee celebrations of Visvesvaraya National Institute of Technology (VNIT) in Nagpur on Sunday.

“In the last five years, I have awarded contracts worth `17 lakh crore. This year, I’m planning to touch `5 lakh crore mark in spending on infrastructure development. I want to tell you there is no dearth of money,” he said on the occasion.

According to sources, the road transport and highways ministry has undertaken a second phase of its ambitious highway project Bharatmala Pariyojana, under which it is in the process of awarding 7,500 km of new highways projects, with an investment of `3.1 trillion.

This includes six expressways of 2,250 km, with an investment of `1.45 trillion and 16 greenfield corridors of 5,250 km at Rs 1.65 trillion investment, the ministry said on Wednesday.

Construction has been initiated on three corridors, which will include the Delhi-Mumbai expressway, Trans Rajasthan and Trans Haryana and will be completed by 2022.

The Delhi-Mumbai expressway, which is currently under construction, will become the country’s largest expressway at 1,320 km and is expected to almost halve the travel time between the two metros to 13 hours from 24 hours now.

The senior minister has already said that the goal of making India a USD 5 trillion economy by 2024 was “difficult but not impossible.” It can be achieved by increasing domestic production and reducing dependence on imports, he has said.