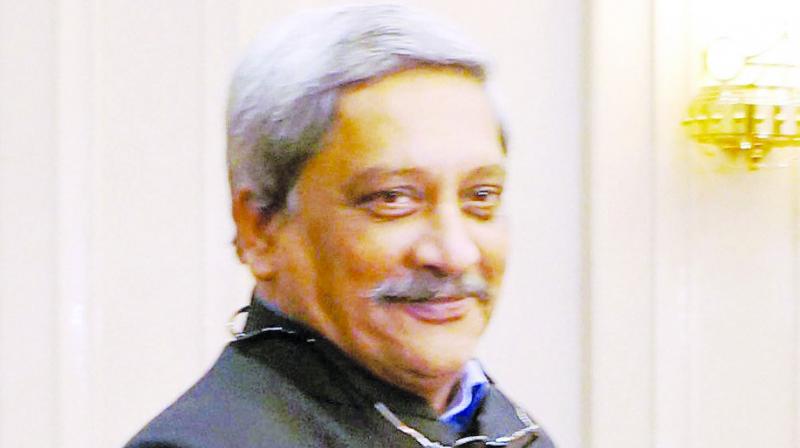 Mumbai: Vice-President Venkaiah Naidu met Goa chief minister Manohar Parrikar, who is recuperating from pancreatitis, at Lilavati Hospital, Bandra on Monday. The hospital has denied media reports that Mr Parrikar had been diagnosed with pancreatic cancer.

On Sunday evening, Prime Minister Narendra Modi also visited the hospital to meet his former Cabinet colleague. The vice-president of Lilavati Hospital, Ajaykumar Pande, issued statement denying the rumours and stating that Mr Parrikar was responding well to treatment. “It has been brought to our notice, various malicious and misleading reports/rumours are floating around in the electronic/print media with regards to the health of Hon. Chief Minister of Goa (sic),” the statement read.

Despite the statement, some reports suggested that Mr Parrikar is suffering from a serious ailment the visits by Mr Modi and Mr Naidu only fuelled the speculation. In fact, the statement by Michael Lobo, deputy speaker and BJP legislator from Goa on Monday that, if the need arises, Mr Parrikar might be shifted to the US has only strengthened speculation.

Meanwhile, in light of reports of Mr Parrikar suffering from pancreatic cancer, senior BJP leader Sunil Desai from Goa has lodged a complaint with the Ponda police on Monday stating that ‘false news’ about the health of Mr Parrikar was being ‘wrongly attributed to him’.

Similarly, CMO of Goa issued a statement, “It’s a case of mild pancreatitis. The CM is doing well . He is likely to be discharged in a day or two.”