Airport for their visit to Pakistan. He got issued a fake passport for him in the name of Mustak Mohammed Miya. 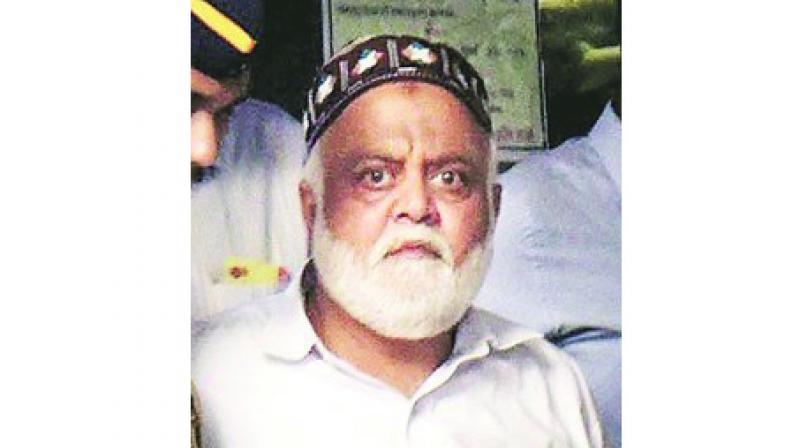 Mumbai: The special TADA court on Monday extended the police custody of Mohammed Farooq Yasin Mansoor alias Farooq Takla, who was recently arrested for his alleged role in the Mumbai 1993 serial blasts case.

The Central Bureau of Investigation told the court that Mansoor was not allegedly cooperating in its investigation and while he gave a statement, the same needs to be verified. The CBI produced Farooq before the special TADA court on Monday as his custody got over.

CBI counsel Deepak Salvi argued before the court that during interrogation the police found him to be deeply involved in the criminal conspiracy of the 1993 serial bomb blasts. The CBI has alleged that the accused has told them that at the instance of absconding accused Anees Ibrahim he had arranged stay of many persons and dropped them to Dubai Airport for their visit to Pakistan. He got issued a fake passport for him in the name of Mustak Mohammed Miya. Seeking Takla’s further custody, Mr Salvi argued that investigation is required to find out the  modus operandi adopted by this accused to obtain said passport.

On the other hand, Takla’s lawyer Farhana Shah opposed the CBI’s application and argued that the name of wanted accused was shown only as Mohammed Farooq and Takla’s name was given by CBI just to show him a major accused.