The students had received images of the question paper on WhatsApp. 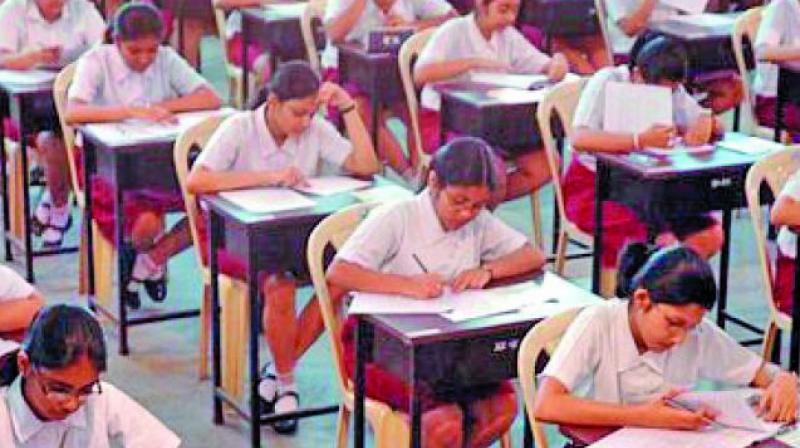 After the police finds out who is behind the leak, the inquiry committee will take further action against the students and persons involved in the leak.

Mumbai: Around 10 minutes before the History and Political Science paper of the ongoing Sec-ondary School Certif-icate (SSC) examinations began on Monday, Kalyan-based Sacred Heart High School caught 15 students for receiving images of the questions on their mobile phones. A FIR has been lodged with Kalyan police station.

The school authorities conducted a surprise check of the students’ phones and bags after receiving an alert from a student that a private coaching class had told around 100 students that it would receive the question paper an hour before commencement of the exam.

According to a source, the school authorities instructed the staff in several classrooms to frisk students and check their phones. “The students had received images of the question paper on WhatsApp sent by a person named Khatwani. After checking about this person, it was found that these images were circulated by Vinita Classes in Ulhasnagar,” he said.

“After unsealing the question paper bundle, we cross-checked whether the papers found in the students’ mobile phones and the originals were the same.

Much to our surprise, they were the same,” the source added. Immediately, board officials were alerted about the paper leak incident.

The school was unsure whether to continue with the exam or stop it. Subhash Borse, in-charge secretary, Maharashtra State Board of Secondary and Higher Secondary Education (MSBSHSE), Mumbai division, told The Asian Age, “I got a call from the chief conductor of the exam from this school in the morning, asking what should be done. I instructed them to carry on with the exam but register a complaint about the matter to the nearest police station.

After the police finds out who is behind the leak, the inquiry committee will take further action against the students and persons involved in the leak.