Nigam said he was only expressing himself and that he is not against Islam. 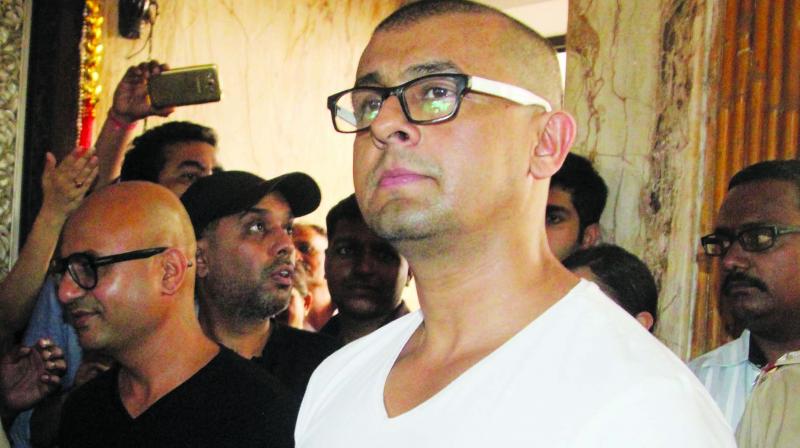 Sonu Nigam at a press conference after he had his head shaved on Wednesday. (Photo: Mrugesh Bandiwadekar)

Mumbai: Even as a maulvi issued a fatwa against singer Sonu Nigam for his views on the use of loudspeakers for giving the azaan call, the Mumbai police on Wednesday confirmed that it has neither received any official complaint against Mr Nigam for his statements nor has it began any probe on its own.

Mr Nigam also shaved his head on Wednesday in response to the fatwa issued against him by maulvi Syed Sha Atef Ali Al Quaderi. The maulvi had declared a prize money of Rs 10 lakh on Monday to anyone who shaved Mr Nigam’s head, put a garland of old shoes around him and took him on a tour around the country.

Sporting a tonsured look, Mr Nigam, who was at his Versova bungalow in Andheri, said, “Being an Indian citizen, I simply expressed myself on a social networking platform. If some insane people want to misinterpret my tweets and show me in bad light, I can’t help it.” The singer got his head shaved at around 2.30 pm on Wednesday.

Mr Nigam on Monday had tweeted: “God bless everyone. I’m not a Muslim and I have to be woken up by the azaan in the morning. When will this forced religiousness end in India”. He clarified that his tweet was only about the use of loudspeakers for religious purposes and not against azaan (a call for daily prayers at stipulated times) in itself.

DCP Ashok Dudhe, Mumbai police spokesperson said that no complaint has been received against the singer for his tweets so far. “The police will not initiate any probe till a complaint is received,” he said. Mr Nigam said his tweets have been shown in a bad light, but he is not against Islam.

He said, “I have great respect for all religions, and my concern in those tweets was only about the loudspeaker, and not the azaan itself.”

Maulvi Quaderi, who is also vice-president of the West Bengal Minority United Council, said in response to Mr Nigam shaving his head, ““I will give the reward of Rs 10 lakh, only when he fulfils the other two conditions.”