Mukesh Ambani and Uday Kotak had extended their support to party nominee Milind Deora in the Mumbai south constituency. 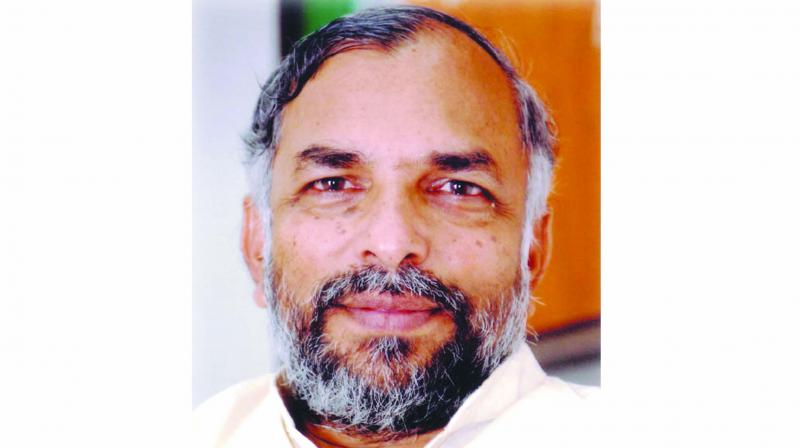 Mumbai: A day after industrialists Mukesh Ambani and Uday Kotak openly supported the Mumbai south Lok Sabha Congress candidate, city Congress chief Milind Deora, the Bharatiya Janata Party (BJP) took a pot shot at the Congress. The BJP said that the Congress had been making allegations that the BJP was a party of the ‘Sethjis and Bhattjis (the rich and Brahmins), but the reality was different.

BJP spokesperson Madhav Bhandari said that Congress president Rahul Gandhi and his associates had been making several allegations against the Prime Minister and the BJP in the name of the Ambanis.

Mr Bhandari said, “We do not understand the connection between the Congress and the Ambanis. They had been claiming that the BJP is a party of Sethjis and Bhattjis but now the truth has been revealed.”

Another BJP leader Vinod Tawde said that the party, which was making allegations of “suit-boot BJP government” had revealed its true face. He also claimed that industrialists like Ambani and Kotak had been fuelling the Congress party.

The state BJP unit had distanced itself from Sadhvi Pragya Singh Thakur’s comment on former ATS chief Hemant Karkare. Mr Bhandari said that the party considered all those who died during the 26/11 terror attacks as “martyrs”. He also said that the statement made by Ms Thakur, was her personal stand and the party did not endorse it.

Industrialists Mukesh Ambani and Uday Kotak had extended their support to party nominee Milind Deora in the Mumbai south constituency.

Mr Deora was engaged in a fierce battle with BJP-Shiv Sena candidate Arvind Sawant, who was the sitting MP in the Mumbai south seat.

The backing of Mr Ambani, Reliance Industries Limited chairman, to the Congress leader had come at a time when the party had been attacking his industrialist brother Anil Ambani over the Rafale deal.

Mr Deora said he was ‘humbled’ by the support from Mr Ambani, Mr Kotak and other  traders.