Chaturvedi to get post befitting her capabilities: Uddhav Thackeray

Chaturvedi said she would work towards strengthening the Sena not only in the state but also across the country. 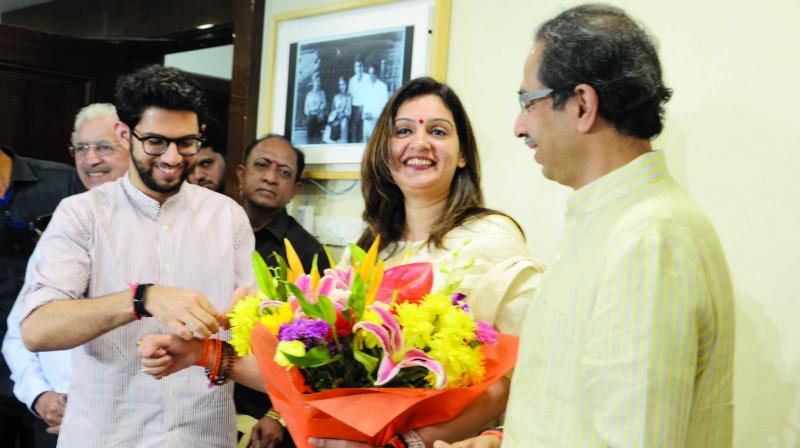 Mr Thackeray said that his party would give her a post well-suited to her capabilities while Ms Chaturvedi said that she would work for women and Mumbai.

Ms Chaturvedi, who was miffed at the reinstatement of some party workers who had allegedly misbehaved with her during a press conference in Mathura a few days ago, resigned from the party on Friday. Hours after quitting the Congress, she joined the Shiv Sena.

Mr Thackeray told the media, “Parties keep fighting polls. However, only fighting and winning is not life. The work of party workers should be to accept an ideology and work towards the cause.”

Asked what post Ms Chaturvedi would be given, he said, “I will give her a post befitting her capabilities and one in which she would be beneficial for the Sena.” Ms Chaturvedi said she would work towards strengthening the Sena not only in the state but also across the country.

“I am thankful to Uddhavji for giving me respect and welcoming me into the party,” Ms Chaturvedi said.

Meanwhile, Congress spokesperson Sachin Sawant hinted that Ms Chaturvedi’s move was not spontaneous as “it’s not easy for even Shiv Sainiks to meet Mr Thackeray”.