The PILs include moving the interchange at Breach Candy from Tata Garden to Scandal point. 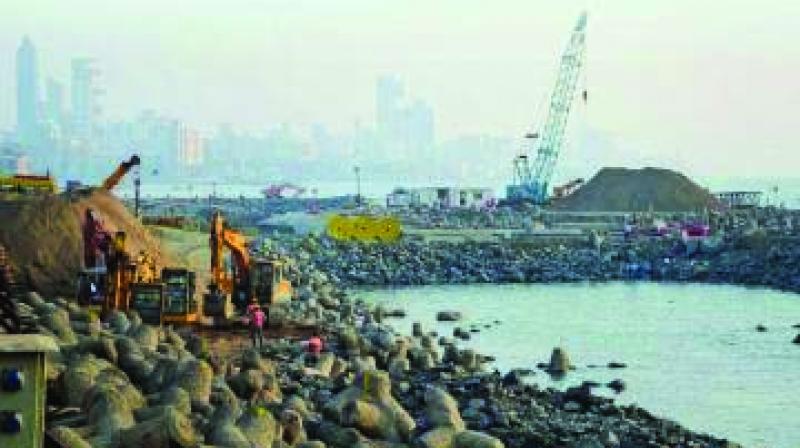 The court will hear the petitions on April 23.

Mumbai: There is now a rift among the residents of South Bombay (SoBo) as some of them have officially come out in support of the coastal road project.

“The coastal road will benefit the city and should come up. We had some doubts which have been clarified by Yuva Sena chief Aaditya Thackeray and MC Ajoy Mehta. Why cannot we trust our government when such a big, nice project is coming up,” said a resident of Breach Candy who did not wish to be named.

Meanwhile, six to eight Public Interest Litigation (PIL)s have been filed in the Bombay high court (HC) against the coastal road design and the court has given an interim stay on the work.

The PILs include moving the interchange at Breach Candy from Tata Garden to Scandal point.

One of the petitioners said, “The government is playing the divide and rule game.

It is obvious that if some residents from Breach Candy have extended their support, then our Opposition will fall weak. However, we continue our fight to save the greenery”.

On the other hand, this has come as a win-win situation for the Brihanmumbai Municipal Corporation (BMC).

A senior officer said, “We had a presentation to solve the doubts of the residents of Breach Candy. It is not possible to change the project design at this point and we will put our side in court. We are thinking of benefitting 1.5 crore Mumbaikars and concentrating on people who support us.”

The next court hearing is on April 23 and the petitioners wish the high court will continue the status quo of stay on the Coastal Road work.