Metros   Mumbai  20 May 2019  City beaches have most microplastics
Metros, Mumbai

City beaches have most microplastics

Microplastics were segregated from the samples and they were identified for the study, which was published in the Marine Pollution Bulletin. 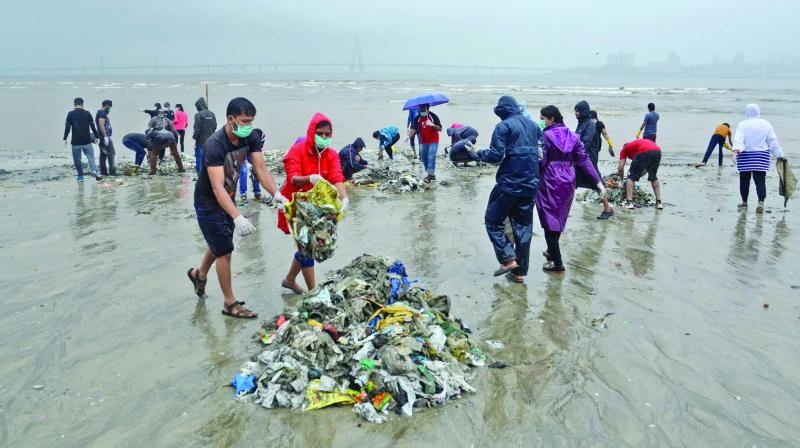 Mumbai: Mumbai beaches have the highest concentration of microplastics among other state’s beaches, according to a recent study. A study of microplastics was conducted in three coastal cities of India, where it was concluded that the abundance of microplastics on their seashore is directly due to the population size of these cities.

Mumbai (mega city) in Maharashtra, Tuticorin (industrial) in Tamil Nadu and Dhanushkodi (tourist) in Tamil Nadu were selected for the study where soil samples were collected from their seashore. Microplastics were segregated from the samples and they were identified for the study, which was published in the Marine Pollution Bulletin. For Mumbai, Girgaon beach was studied for microplastics.

The average concentrations of microplastics was found highest in beach sand of Mumbai at 3.5 milligram per kilogram of sand followed by Tuticorin and Dhanushkodi at 2.7 and 1.05 milligram per kilogram respectively. It was found that the microplastics content was directly proportional to the population density of these cities, which shows a lack of plastic management and its disposal.

It was found that fibrous shapes microplastics were observed with the majority compared to granule shape, films.

“Polyethylene and polystyrene microplastics were found in dominantly in beach sand samples. SEM images of microplastics surfaces indicate their ageing, mechanical and oxidative weat-hering, which was found highest for the microplastics collected from Mumbai,” read the report.