Maharashtra has also witnessed only five per cent of the normal pre-monsoon rainfall this year in March and April. 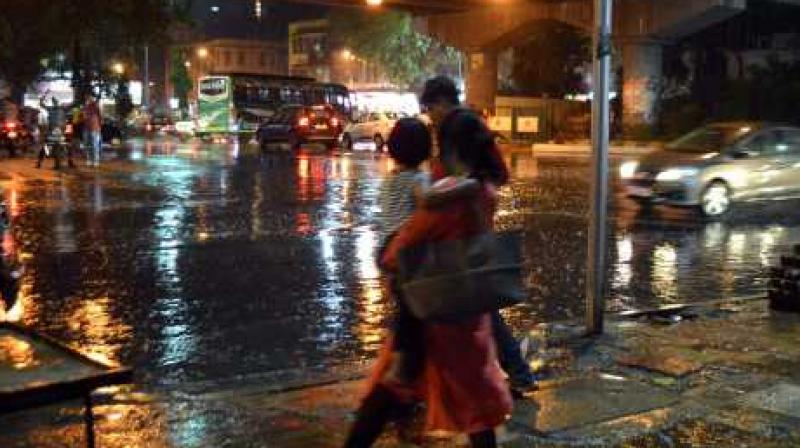 Pre-monsoon rainfall from March to May has seen a deficiency of 22 per cent, according to Indian Meteorological Department (IMD). (Photo: PTI)

Mumbai: Pre-monsoon rainfall from March to May has seen a deficiency of 22 per cent, according to Indian Meteorological Department (IMD). Maharashtra has also witnessed only five per cent of the normal pre-monsoon rainfall this year in March and April. This phenomenon plays a significant role in agriculture in several parts of the country.

Overall, 75.9 millimetres of rainfall was recorded from March 1 to May 15 as against the normal rainfall of 96.8 millimetres, around minus 22 per cent. From March 1 to April 24, the IMD recorded a deficiency of 27 per cent. In the first two months of this year, there was no deficiency in the central region (Maharashtra, Goa, Chhattisgarh, Gujarat and Madhya Pradesh).

“From March 1 to April 24 the pre-monsoon rainfall recorded in the central division was five per cent than normal. The heat waves condition in the state has worsened the situation,” said an IMD official.

Marathwada has been hit worst, as several dams in the region have reached zero storage level. In the Western Ghats, the pre-monsoon rainfall is critical for the plantation of crops. “If the deficit continues, there will be moisture stress. In parts of northeast India and the Western Ghats, pre-monsoon rainfall is critical for plantation crops. Crops like sugarcane and cotton, planted in central India, survive on irrigation and also require a supplement of pre-monsoon rains,” said Laxman Singh Rathore, the former director general of the IMD.

Presently, the southwest monsoon has moved towards the South Andaman Sea and conditions are favourable for it to reach the North Andaman Sea and the Andaman Islands in the next two to three days, the IMD said.