According to police sources, after the dinner people started complaining of stomach ache and giddiness. 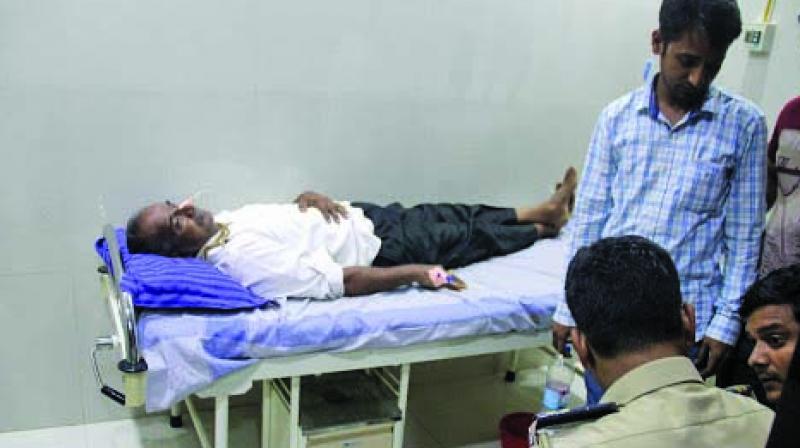 A food poisoning victim lying on a hospital bed.

Mumbai:Three children died and 40 people fell ill due to alleged food poisoning after they consumed food — ‘prasad’ (offering) and vegetable biryani — served at a housewarming party in Raigad on Monday evening.

The victims have been admitted at the civic-run MGM hospital in Vashi, while five of them are in critical state the others are kept under observation.

According to police sources, after the dinner people started complaining of stomach ache and giddiness.

The incident occurred in Khalapur area of Mahad village at the newly constructed house of Subhas Mane, who had invited people for a housewarming party. The deceased identified as Pragati Shinde (12), Rishikesh Shinde (13) and Kalyani Shingote (7) died early on Tuesday.

Raigad superintendent of police, Anil Paraskar, said, “After consuming food guests complained of uneasiness and started vomiting. We have registered an accidental death report (ADR) and have questioned the house owner, cook and the caterer. The food samples have been sent to a forensic science laboratory at Kalina and the Food and Drug Administration (FDA) for further analysis.”

“An FIR will be filed in this case, after a detailed probe and based on the findings of the lab,” added Mr Paraskar added.

The police suspect that insecticides used in the fields nearby may have got mixed with the food when it was being cooked at the village temple near by the house.

“A dinner was prepared for around 500 people. After finishing dinner young kids who ate first complained of nausea, stomach ache, giddiness,” said a police official.

“Soon, the elders too started to suffer from similar symptoms. Subsequently, victims were rushed to MGM hospital, Gandhi Hospital, Parvati hospital and to a state-run hospital at Khopoli,” he added.